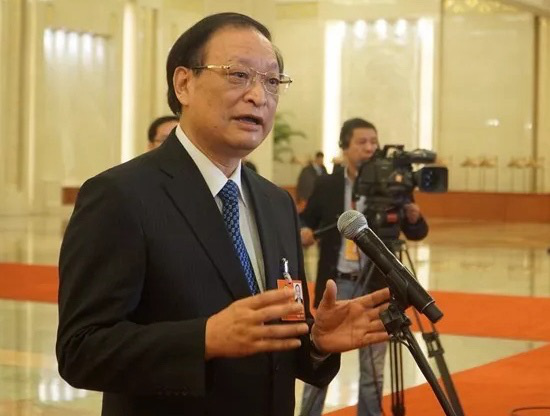 The remarks of Wang, also deputy chief of the National Health and Family Planning Commission, came after a Chinese traditional cough syrup's popularity among Americans in this flu season.

Countries along the Belt and Road have shown a growing interest in TCM since the initiative was put forward in 2013, Wang said, elaborating that consumers of 183 countries and regions have accessed to TCM products, with 86 of them signing agreements with China to promote TCM.

Portuguese trainees learn TCM therapies at the China-Portugal TCM Center at the hospital attached to Jiangxi University of Traditional Chinese Medicine in Nanchang, capital city of east China’s Jiangxi province. Opening ceremony of the center was held on May 16, 2017. 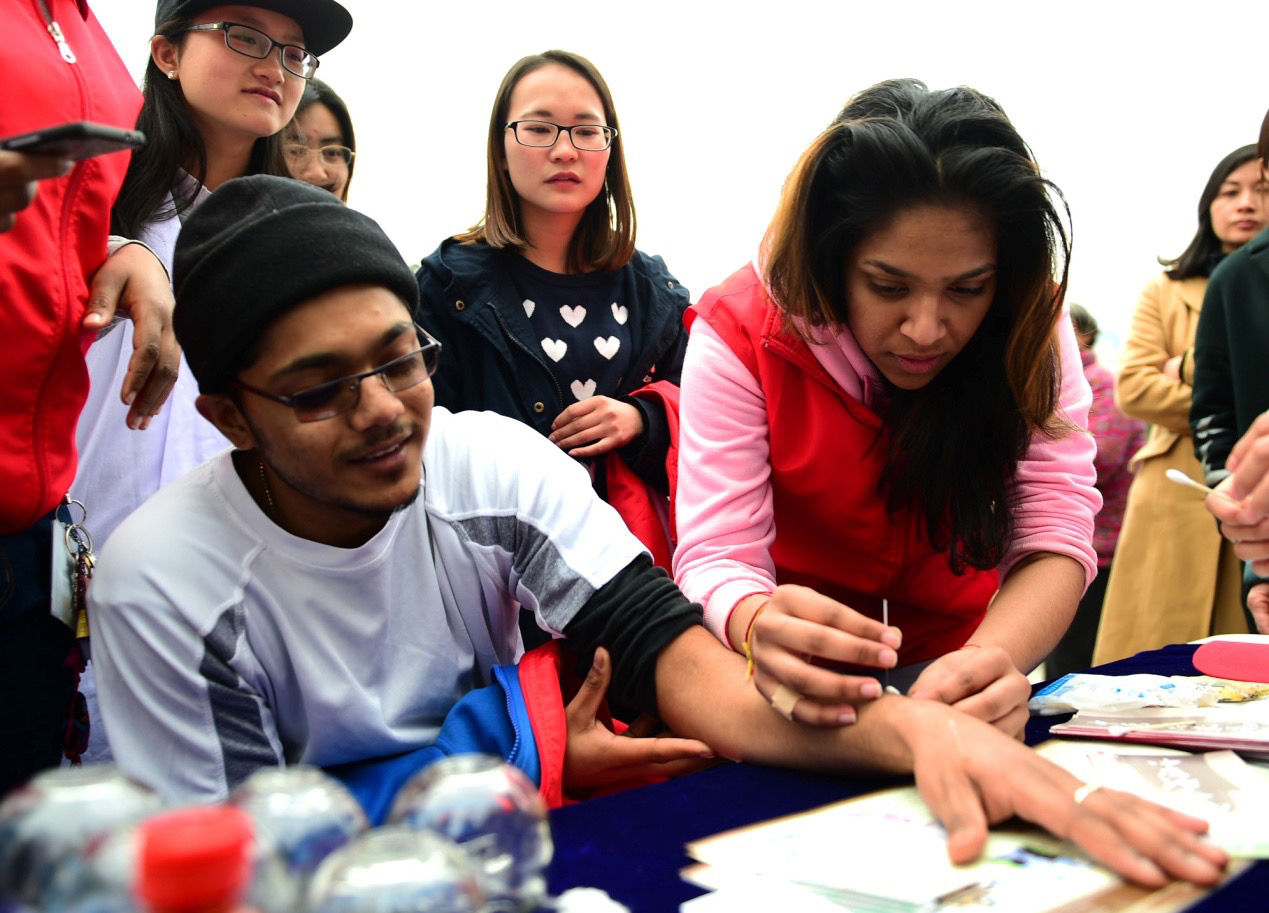 Tashmica Tontpal, an international student from South Africa at Anhui Medical University, learns acupuncture under the guidance of doctor, March 17, 2017.

A total of 17 TCM overseas centers have been set up worldwide and a series of standards in the sector have been created, he said, pointing out at the same time that a group of cooperation bases have been established to accelerate TCM’s march towards global market as well.

More TCM products have been well received by foreign consumers in recent years, which can be evidenced by award of the Nobel Prize to Chinese pharmaceutical chemist Tu Youyou for discovering the TCM-based anti-malarial drug artemisinin.

An elementary school student weighs Chinese herbs under the guidance of pharmacist, March 15, 2017.

Chinese medicine, alongside martial arts, stood out as representatives of Chinese culture after Chinese cuisine in the eyes of foreigners, according to a global survey on China’s image co-conducted by a research center under the China Foreign Languages Publishing Administration and other institutes at the beginning of this year.

But Wang admitted at the same time that despite of its popularity, TCM still has a long way to go before truly going global due to cultural differences between the East and West as well as obstacles in terms of the access permission.