Since 2002, London’s most famous square has been the site of some of the most spectacular Chinese New Year gala celebrations held outside of Asia. This year, more than 700,000 people gathered to usher in the Year of the Dog.

Celebrations got underway with a parade of 30 teams, accompanied by dancing dragons, lions, and of course pandas.

Afterwards, an opening ceremony was held where China’s Ambassador to the UK, Liu Xiaoming, addressed the festive holiday crowd. 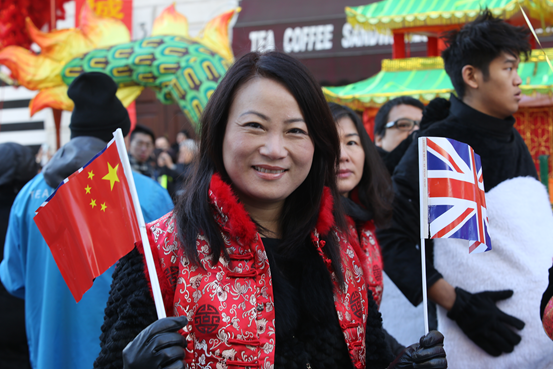 During Liu’s address, he pointed out that China is a country with a long history and splendid culture and how for over 4,000 years, the Chinese New Year has remained the most significant and spectacular festival for all Chinese.

“As we come together to celebrate the Chinese New Year, we have the best opportunity to increase mutual understanding, build closer bonds and pass on our friendship from generation to generation,” Liu said. 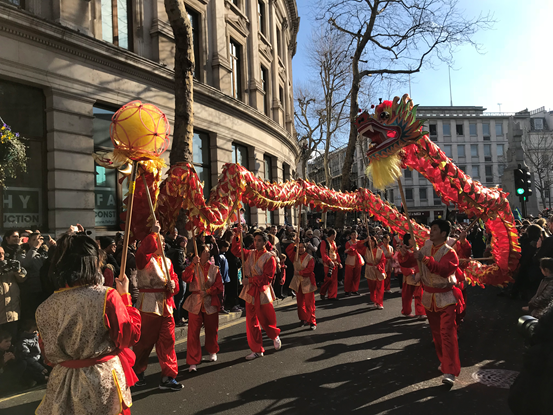 London Mayor Sadiq Khan was in attendance and wished everyone a Happy Lunar New Year.

“It’s the best time for us to celebrate the massive contributions made by successive Chinese generations,” Khan said.

“Diversity is a strength. Here in London, there are more than 120,000 Londoners of Chinese origin. Thank you for making London the greatest city in the world,” added Khan.

Audience members applauded and laughed as they were entertained with traditional Chinese dances and songs.

During the celebrations that stretched for almost six hours, a variety of Chinese food was available, along with workshops introducing Chinese culture to those who were interested.