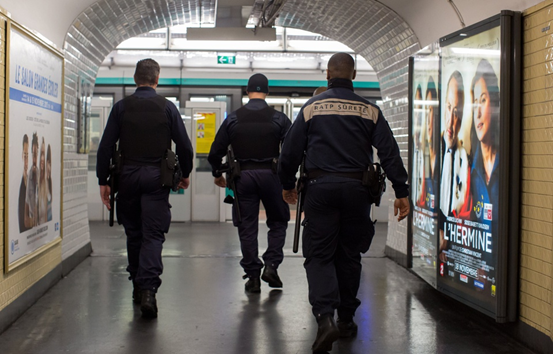 Paris (People's Daily) – An out of control drug problem on Paris subways continues to fuel city-wide anger and concern.
On January 19, Paris metro employees went on strike citing safety issues over the growing the number of crack addicts riding the metro. Some stations had become so dangerous that trains would pass through them rather than stop.
In two years, 283 drug dealers and over 400 drug users have been arrested inside the Paris metro.
Public outcry
Denouncing a lack of metro station security due to rising drug crimes, in mid-January, about half of the Paris metro Line 12 employees recently went on strike.
“Many drivers want to make a difference by doing so and hope that the problem dissolves,” said one union source.
In a letter to local French leaders, the association “SOS Users,” along with a local branch of the National Union of Autonomous Unions (UNSA) and RATP officials denounced drug crimes in the city’s subway system.
“For years, the metro has been invaded by drug dealers who attract aggressive and dangerous addicts.
“The number of attacks on passengers and RATP staff is constantly growing and the consequence is becoming increasingly dramatic,” read the letter addressed to France’s Interior Minister, Gérard Collomb, Paris Mayor Anne Hidalgo, and regional councilor Valerie Pecresse. 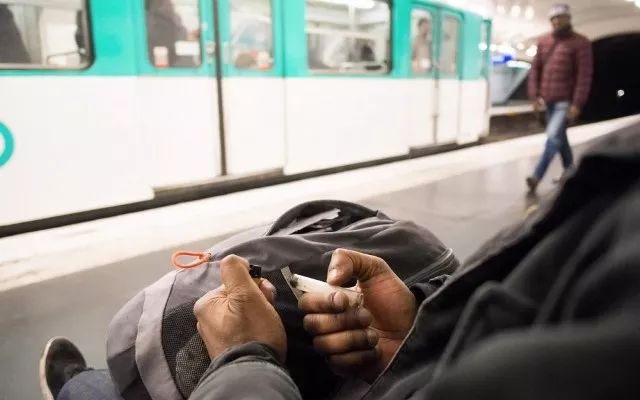 What’s going on?
Sources revealed drug dealers have an ubiquitous presence stations such as Saint-Lazare, Strasbourg Saint-Denis, Gare du Nord and Gare de l’Est.
Damien Villette, a Line 12 metro driver and union representative, said roughly 40 drug addicts have settled at Marx Dormoy, Marcadet-Poissonniers, and Porte de la Chapelle stations in Northern Paris.
“Drug addicts shoot up and smoke heroin on the platforms or on the trains," explained Villette.
It’s not uncommon for fights to break out on metro platforms, and altercations with subway passengers happen often. Sometimes the addicts will cross the tracks by foot triggering service interruptions and power supply outages.
In efforts to preserve passenger safety, drivers nowadays won’t stop at certain stations if they see a group of drug addicts waiting to get on the subway.
Passengers have reported multiple incidents of people taking drugs while seated next to passengers in broad daylight. 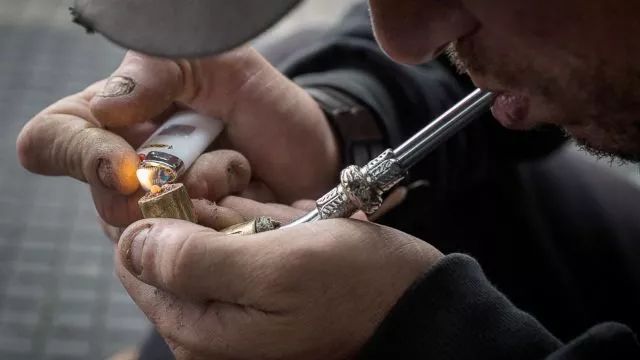 Security reaction
RATP officials are aware of the situation.
“We share the concern of our agents and we have been mobilizing for several months,” said RATP Director Stéphane Gouaud in a recent interview.
“We have an increased presence at GPSR (RATP security railway division) at the most sensitive stations, in cooperation with the police,” he explained.
In total, RATP has 1,000 security agents in the entire railway network. The security group signed an agreement in December with the Ile-de-France prefecture asking them to take better care of drug addicts.”
Paris law enforcement explained that subway drug crimes are a constant concern, especially on lines 4 and 12.
Efforts focused on questioning vendors is already underway.
Meanwhile, more police and GPSR personnel have been stationed at dangerous subway lines to secure passenger safety.
Out of growing concerns from metro passengers, a public roundtable was held between union officials, local police, and RATP personnel.
By the end of the meeting it was announced, “Public order and safety at Paris metro stations will be strengthened to fight against drug crimes.”