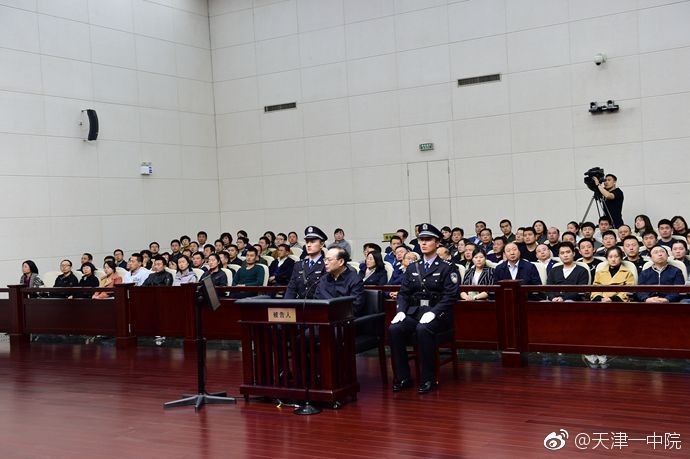 The trial showcases the resolution and attitude of the Central Committee of the Communist Party of China (CPC) with Comrade Xi Jinping as the core toward exercising full and vigorous governance over the Party and reflects its determination to combat corruption according to laws and Party discipline, said a People's Daily commentary published on Thursday.

In the handling of Sun's case, every step has been scrupulously done in accordance with laws and Party discipline, including evidence acquisition, Sun's removal from the post of the Party chief of Chongqing, and his expulsion from the Party, sending an explicit signal that no Party member is special before the law and Party discipline.

The CPC has managed the Party in a strict manner with firm resolution, indomitable will and unprecedented intensity, embracing marked improvement in Party and government morality and winning whole-hearted support from the people.

However, it is noteworthy that a complicated administrative circumstance still faces the CPC under the influence of multiple factors both from home and abroad. Problems of impure thoughts and conduct within the Party remain unsettled.

As a senior Party official, Sun not only severely violated Party discipline, but also degraded himself by perverting justice and unscrupulously taking bribes. Sun's case amply demonstrated that the CPC Central Committee has made a correct judgment that grave challenges remain in combating corruption and daunting tasks remain in comprehensively strengthening Party discipline. Therefore, a staunch and consistent stance should be adopted.

Ideology and system construction as well as management of the "critical minority" and majority Party members should be advanced in parallel in exercising full and vigorous governance over the Party. From senior officials, the CPC must intensify regulations on political life within the Party, purify the political ecology, and take the anti-corruption legislation and the establishment of the nationwide supervision system as an opportunity to strengthen deterrence on corruption, as well as intensify self-discipline, so that the efforts for building a clean government and political integrity and combating corruption will not stop half-way and iron disciplines will be conscientiously observed by all Party members and officials.

As general secretary, Xi Jinping said in his report to 19th CPC National Congress, "In the great endeavors of building socialism with Chinese characteristics in the new era, let us get behind the strong leadership of the Party and engage in a tenacious struggle." The CPC is exercising full and vigorous governance over the Party with untiring exploration, ushering in a new dimension in Party governance and fostering a sound political ecology at a new and higher starting point.

The CPC is confident and capable in constructing the Party into a vibrant Marxist ruling party that remains advanced, supported by the people, bold in self-revolution, and able to withstand various tests, as well as providing a strong guarantee for securing a decisive victory in building a moderately prosperous society in all respects and a great modern socialist country.