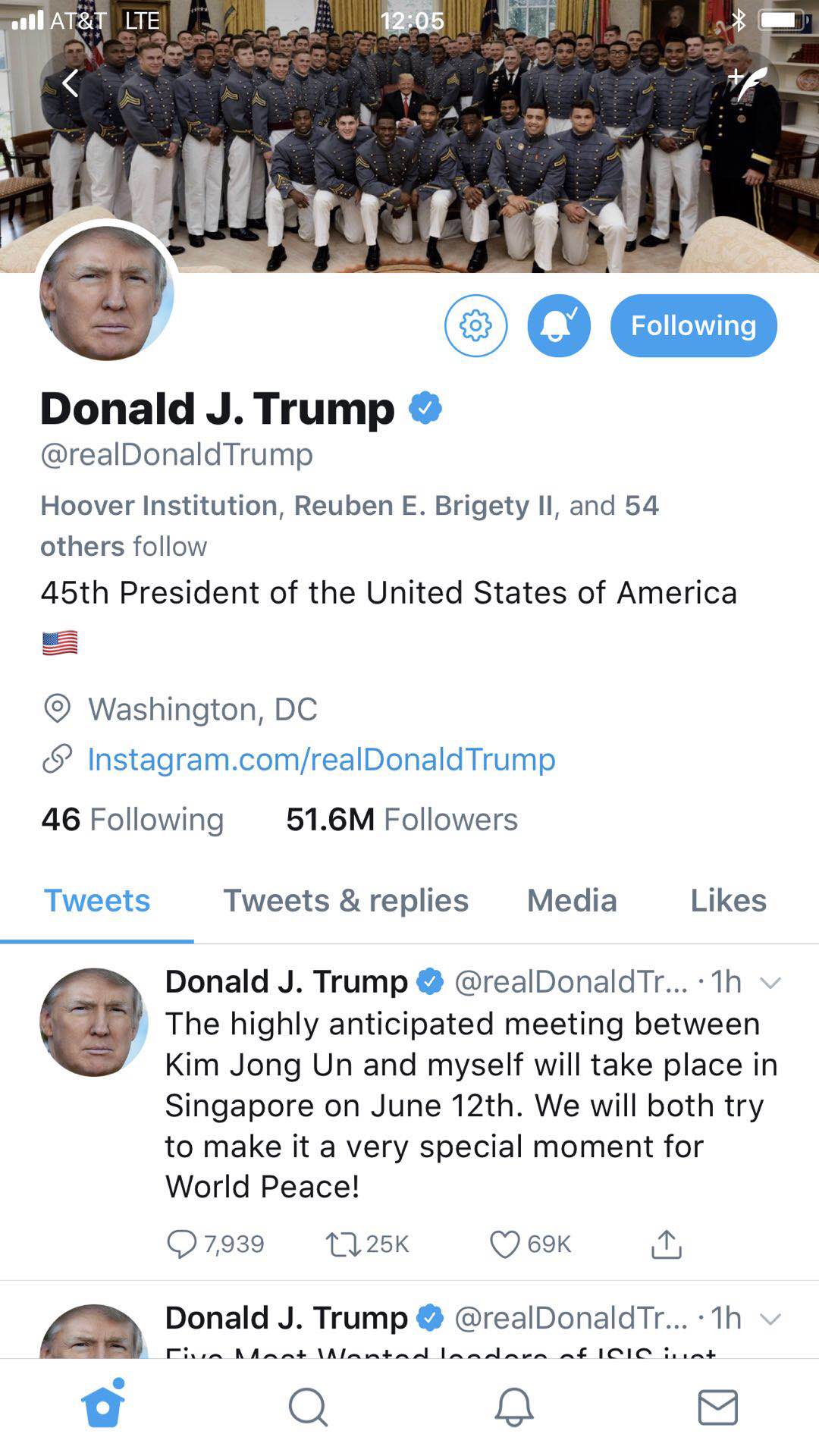 "The highly anticipated meeting between Kim Jong Un and myself will take place in Singapore on June 12th," Trump announced on Twitter. "We will both try to make it a very special moment for World Peace!"

North Korea on Wednesday released three Americans it had been holding as prisoners ahead of the meeting, and Trump met the trio early Thursday on the tarmac at Joint Base Andrews Air Force Base.