She noted that the president was "supportive" of efforts to improve the federal background check system.

Local students, using the hashtag #NeverAgain on social media, are mobilizing around the country in favor of stronger gun laws after Wednesday's tragedy at Florida’s Marjory Stoneman Douglas High School. 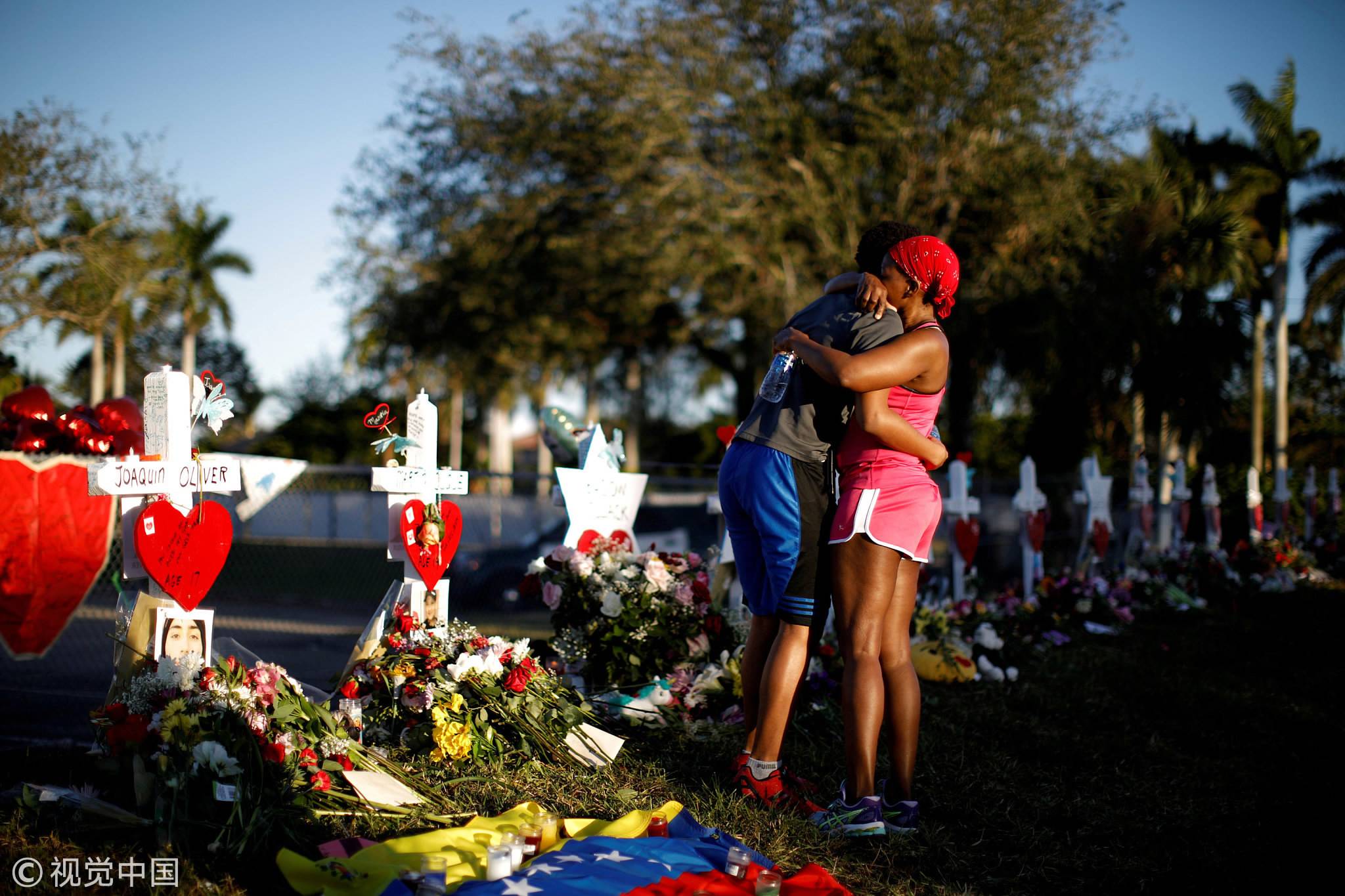 People gather in front of the fence of the school to commemorate the victims of a shooting, in Parkland, Florida, Feb. 19, 2018. （Photos: VCG)

The suspect, Nikolas Cruz, returned to court for one of two hearings on Monday. With his head bowed, hands shackled to his waist and wearing a red, jail-issued jumpsuit, the 19-year-old showed no emotion during the first procedural session.

In the second hearing, the judge ordered the release of parts of a mental health assessment of Cruz by the Florida Department of Children and Families in November 2016. Cruz was absent from the second session.

He is facing 17 counts of premeditated murder.

What changes have the Congress proposed?

Previous mass shootings in the US have stirred outrage and calls for action to tighten US gun laws. But people hear few results from the Congress.

Many Republicans generally oppose measures to tighten gun restrictions, citing the US Constitution’s Second Amendment protection of the right to bear arms. 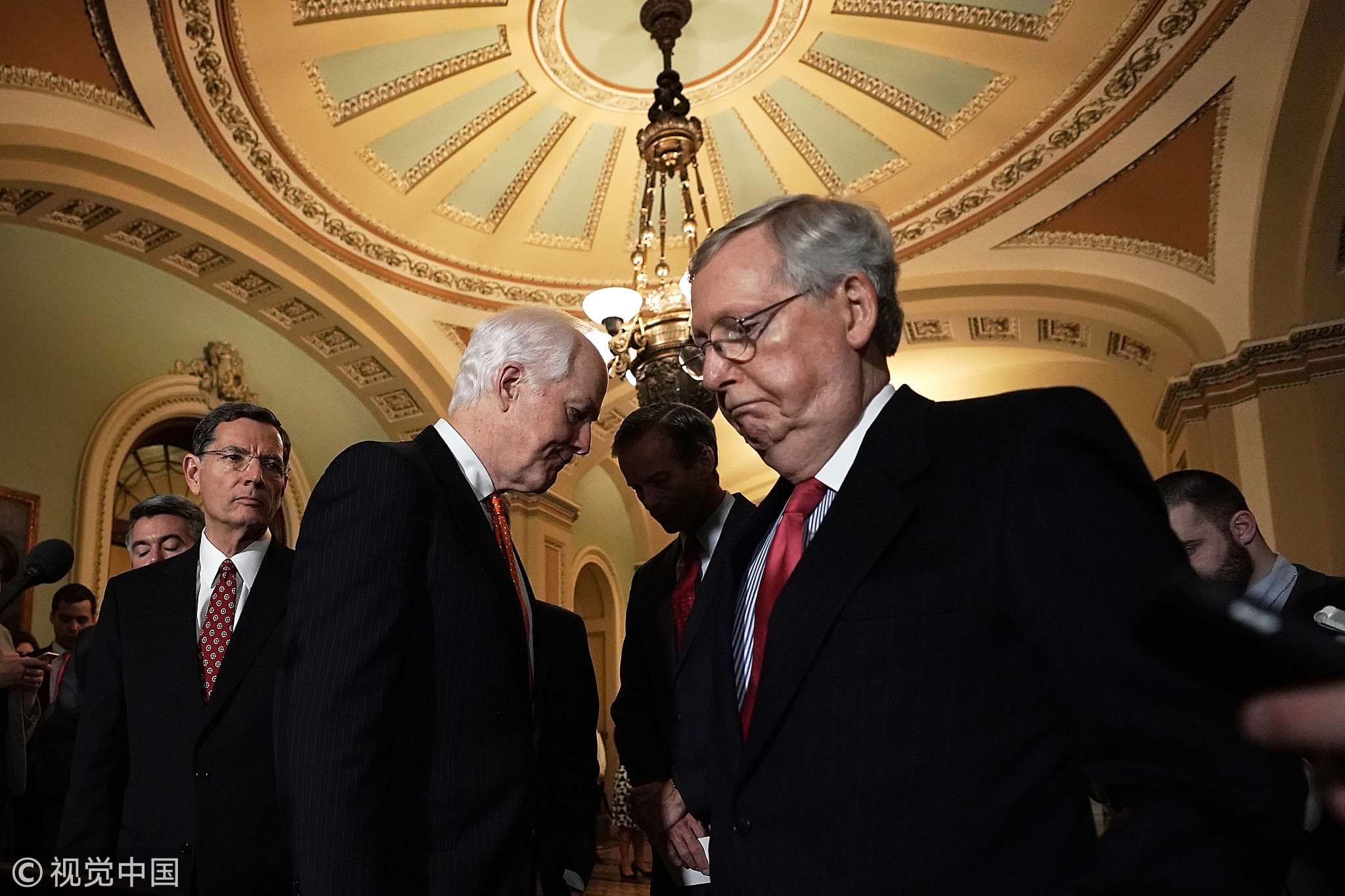 Former President Barack Obama and many of his fellow Democrats unsuccessfully pushed to pass gun control legislation after a gunman killed 20 children and six adults at an elementary School in Newtown, Connecticut, in 2012.

Last November, after a gunman killed over two dozens in a church in Texas, Cornyn and Murphy introduced their bill to improve federal background checks.

The bill, called the Fix NICS Act, would ensure that states and federal agencies comply with existing law on reporting criminal history records to the national background check system.

Cornyn, of Texas, had complained when introducing the legislation that compliance by agencies was “lousy.”

What has Trump said?

Trump is scheduled to host a “listening session” with high school students and teachers on Wednesday.

Dozens of high school students protested in front of the White House on Monday, chanting “We want safe schools!” and “Hey! Hey! NRA how many kids did you kill today?”

Trump is a strong supporter of gun rights and won the endorsement of the National Rifle Association, the powerful gun lobby group, for his 2016 presidential campaign.

He angered some students by suggesting in a tweet on Saturday that the FBI had missed signs that the school shooter was troubled because it was distracted by its investigation into Russian meddling in the 2016 election.

The FBI has acknowledged it failed to act on a tip flagging concerns about the suspect, Nikolas Cruz.

What do students want?

Students are planning a “March For Our Lives” in Washington on March 24 to call attention to school safety and ask lawmakers to enact gun control.

Some students reacted with caution to Trump’s support on background checks. 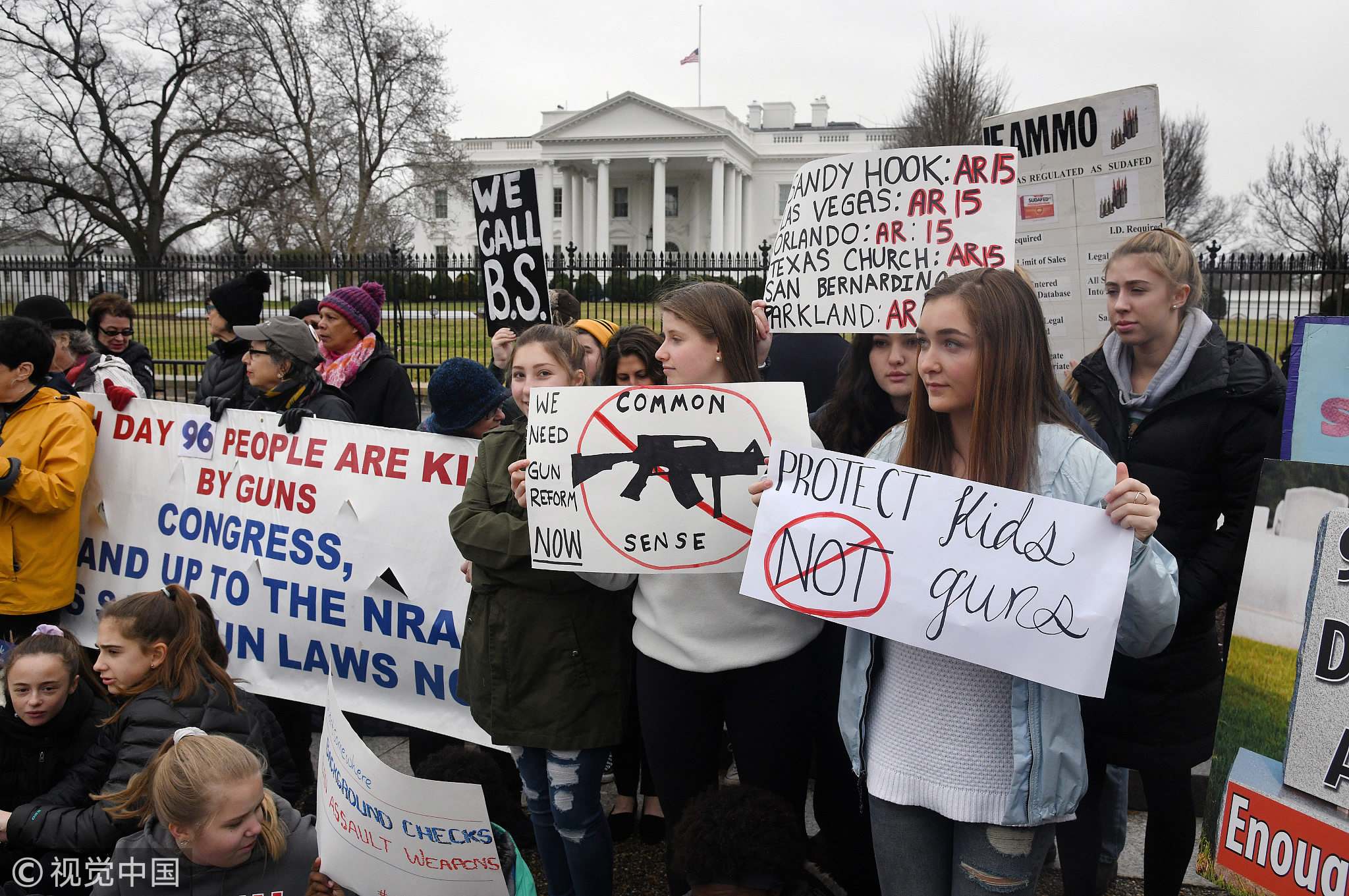 Students protest against gun violence outside of the White House just days after 17 people were killed in a shooting at a south Florida high school, Feb. 19, 2018.

"We want to prevent mass shootings from happening and while this could have happened with other types of weapons, NeverAgain believes school safety should be priority right now, not just background checks,” said Marjory Stoneman Douglas High School student Kali Clougherty, referring to a campaign for gun control.

“This is about the victims. Don’t forget that. We never will.”