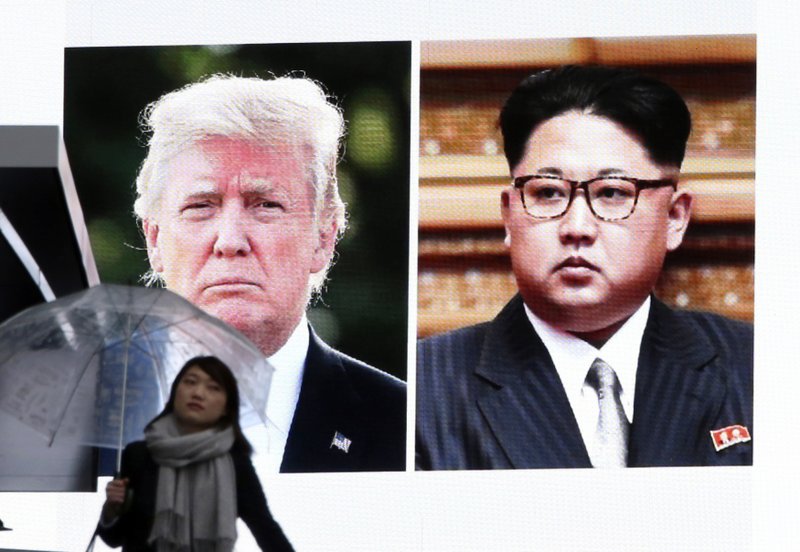 President Donald Trump said Saturday he believes North Korea will abide by its pledge to suspend missile tests while he prepares for a summit by May with the North’s leader, Kim Jong Un.

Trump noted in a tweet that North Korea has refrained from such tests since November and said Kim “has promised not to do so through our meetings.”

“I believe they will honor that commitment,” the president wrote.

The president continued the optimistic tone Saturday night when he led a rally for the Republican candidate in a special House race in western Pennsylvania. When he mentioned Kim’s name, the crowd booed but Trump responded: “No, it’s very positive ... no, after the meeting you may do that, but now we have to be very nice because let’s see what happens, let’s see what happens.”

Trump shocked many inside and outside his administration Thursday when he told South Korean officials who had just returned from talks in North Korea that he would be willing to accept Kim’s meeting invitation.

Earlier Saturday, Trump tweeted that China was pleased that he was pursuing a diplomatic solution rather than “going with the ominous alternative” and that Japan is “very enthusiastic” about the agreed-to talks.

Trump has spoken with both Chinese President Xi Jinping and Japanese Prime Minister Shinzo Abe since Thursday’s announcement, and said Xi “appreciates that the U.S. is working to solve the problem diplomatically rather than going with the ominous alternative.”

Trump had previously threatened North Korea with “fire and fury like the world has never seen.”

Trump also said China, North Korea’s most important ally and trading partner, “continues to be helpful!” Trump has repeatedly urged China to do more to pressure North Korea into abandoning its nuclear program.

Trump said in another tweet Saturday that Abe is “is very enthusiastic about talks with North Korea” and that the two discussed how to narrow the U.S.-Japan trade deficit. Trump wrote, “It will all work out!”

Trump misspelled Xi’s first name as “Xinping” in the first version of his tweet about China but later corrected it.