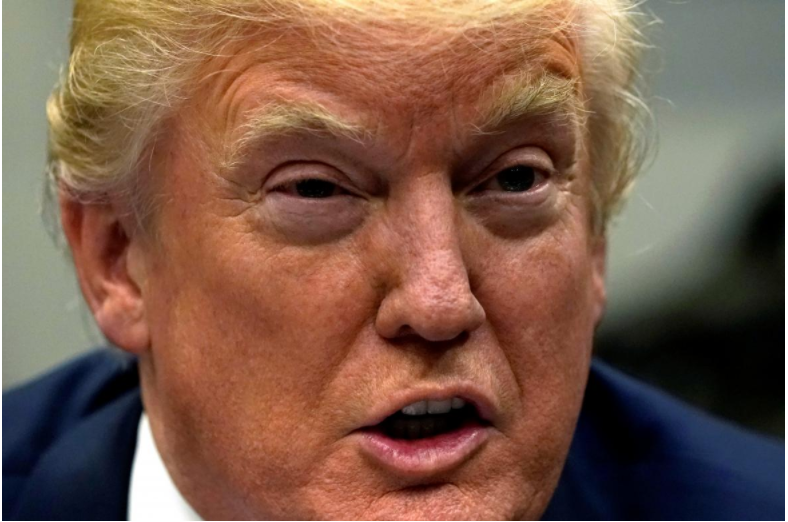 U.S. President Donald Trump seized on the New York City truck attack to press his call for tighter immigration measures to prevent terrorism on Wednesday, asking Congress to end the visa program under which the Uzbek immigrant accused in the incident entered the United States.

But Democrats accused Trump of politicizing the incident after the Republican president tried to assign some blame to one of their senior lawmakers, Chuck Schumer. In a speech on the Senate floor, Schumer said Trump should stop “politicizing and dividing America” at times of national tragedy.

Trump said the suspect entered the country through the so-called diversity visa program, which was created by Congress in 1990, and signed into law by a Republican president, to provide a path to U.S. residency for citizens from countries with historically low rates of immigration to the United States.

Schumer, now Senate Democratic leader, helped create the program in 1990 when he was a member of the House of Representatives, but he was also a member of a group of lawmakers who crafted a bipartisan immigration bill in 2013 that would have done away with the program. That bill was passed by the Senate but was killed by the Republican-led House.

“I am today starting the process of terminating the diversity lottery program. I‘m going to ask Congress to immediately initiate work to get rid of this program,” Trump told reporters at the White House.

Eight people were killed when a man in a rental truck plowed along a bike path in lower Manhattan, in what authorities called a terrorist attack. Authorities identified the driver as Uzbek immigrant Sayfullo Saipov, 29. Police shot and wounded him before arresting him.

In his response, Trump reprised what has been his stance as a White House candidate and as president - that tougher immigration laws should be a first line of defense against such attacks. In Twitter posts on Wednesday, he linked Schumer to the diversity visa program.

The program uses a lottery system to pick a maximum of 50,000 people who receive U.S. visas, and eventually permanent residence in the United States each year. Those winners go through U.S. security checks before they can immigrate to the United States.

The program has been criticized for being vulnerable to fraudsters and because it can allow in low-skilled immigrants with no connection to the United States.

“The terrorist came into our country through what is called the ‘Diversity Visa Lottery Program,’ a Chuck Schumer beauty. I want merit based,” Trump wrote on Twitter.

In another post, Trump cited an analyst who appeared on a Fox News Channel program, writing, “‘Senator Chuck Schumer helping to import Europes problems’ said Col.Tony Shaffer. We will stop this craziness!”

Trump called as a presidential candidate for a total ban on Muslims entering the country as a counter-terrorism measure.

Since taking office in January, he has pursued steps to crack down on immigration from some countries. Courts have blocked his latest executive action barring entry into the United States by people from several Muslim-majority countries.

Trump has previously called Schumer the Democrats’ “head clown,” although the president has met with his home state’s senator on issues including immigration and federal spending.

In his speech, Schumer said that “instead of politicizing and dividing America, which he always seems to do at times of national tragedy, (Trump) should be bringing us together and focusing on the real solution, anti-terrorism funding, which he proposed to cut in his most recent budget.”

Schumer added he has always believed that immigration is good for the United States.

“So I am calling on President Trump to rescind his proposed cuts to this vital anti-terrorism funding immediately. Our city relies on this funding, to track potential terrorists, to snuff out attacks,” the senator said.

Democratic New York Governor Andrew Cuomo, also responding to Trump’s remarks, said that by politicizing the attack the president played into the hands of terrorists who he said sought to cause disruption and division.

The 2016 lottery attracted about 17.6 million applicants, and just a fraction of 1 percent of them eventually received visas to the United States, according to the latest State Department figures available.

Because it has relatively few educational or professional requirements, the program tends to attract people from poorer countries. In Ghana and Sierra Leone, for instance, more than 6 percent of the population in each of the West African nations entered the lottery in 2015.

Trump’s tough words for the senior Democrat in the Senate come as he and Republican congressional leaders prepare to try to push a big tax-cut plan through Congress.