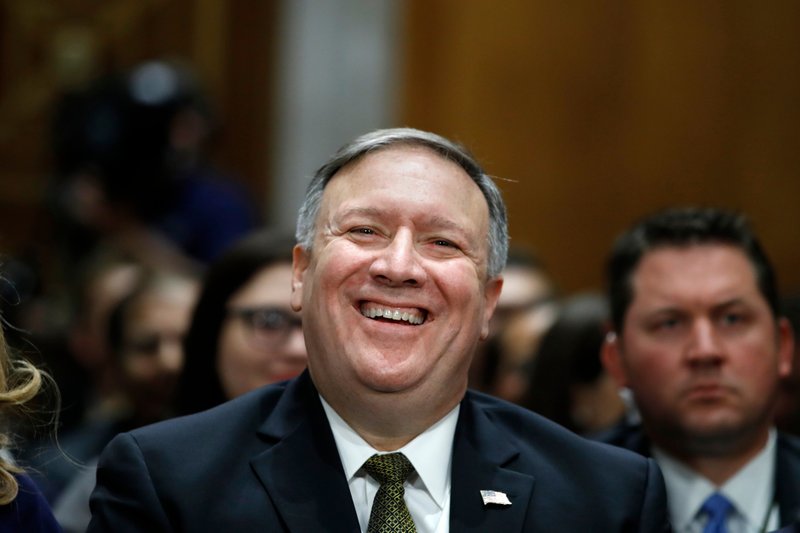 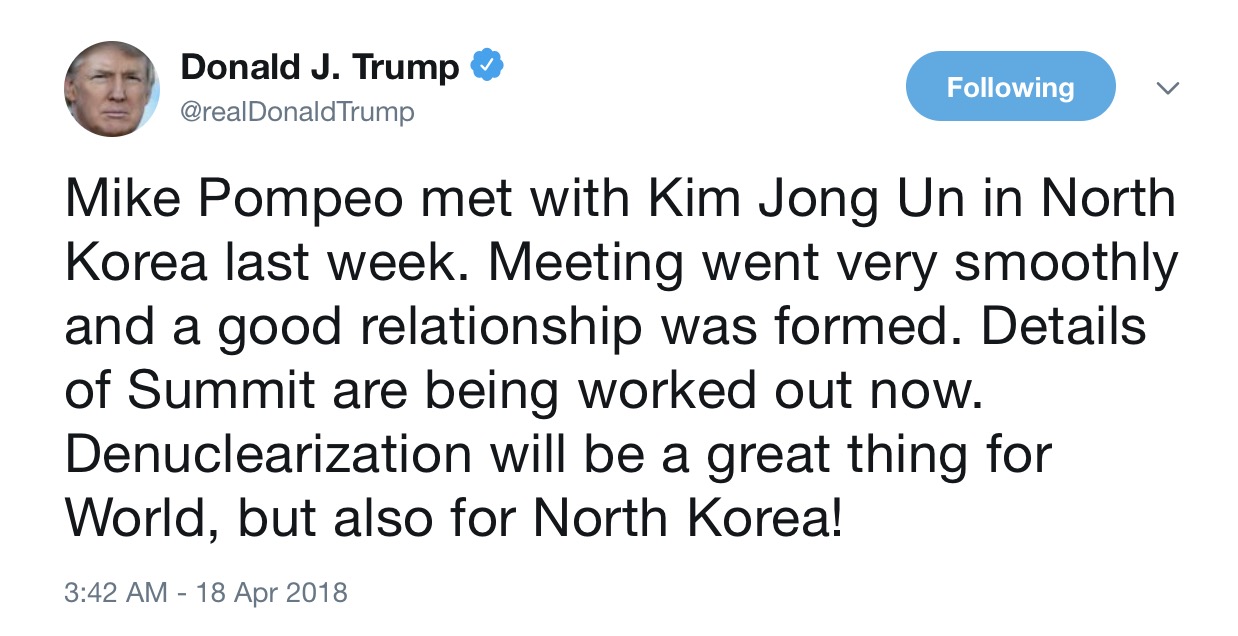 The trip made by Pompeo, who was also Trump's pick for the state secretary to replace Rex Tillerson, was seen as an effort to lay the groundwork for direct talks between the leaders of the two countries expected in May or early June.

"Details of Summit are being worked out now," Trump said.

Tension on the Korean Peninsula has thawed in recent months. Seoul and Pyongyang have agreed to hold a summit on April 27, the first meeting between the leaders of the two sides in 11 years.