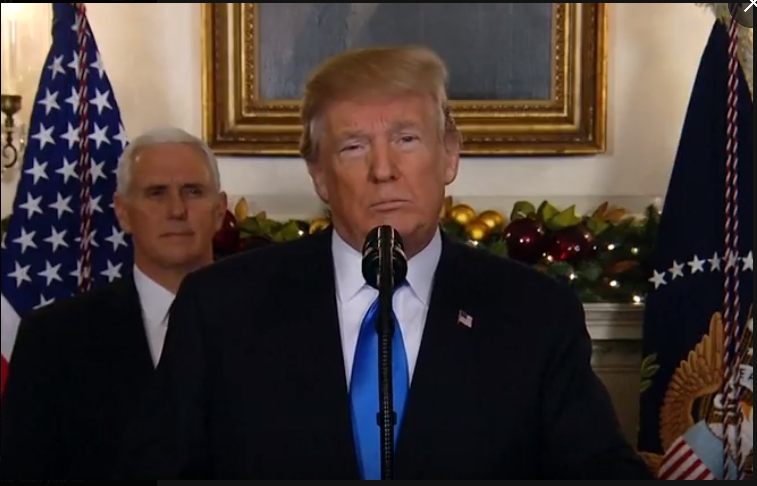 During Trump’s announcement at the White House’s Diplomatic Press Room, he said, “My announcement today marks the beginning of a new approach to the conflict between Israel and the Palestinians.”

Trump emphasized he could not stipulate how much of Jerusalem would be considered Israel’s capital. “We are not taking a position of any final status issues, including the specific boundaries of the Israeli sovereignty in Jerusalem, or the resolution of contested borders. Those questions are up to the parties involved.”

In a statement from US Secretary of State Rex Tillerson said the decision to recognize Jerusalem as Israel’s capital aligns U.S. presence with the reality that Jerusalem is home to Israel’s legislature, Supreme Court, along with the President and Prime Minister’s offices.

State Department has been tasked with relocation efforts from Tel Aviv to Jerusalem.

Palestinian leaders condemned Trump's Jerusalem decision as they expect it will lead to more holy wars and devalue the US role as peace mediator.