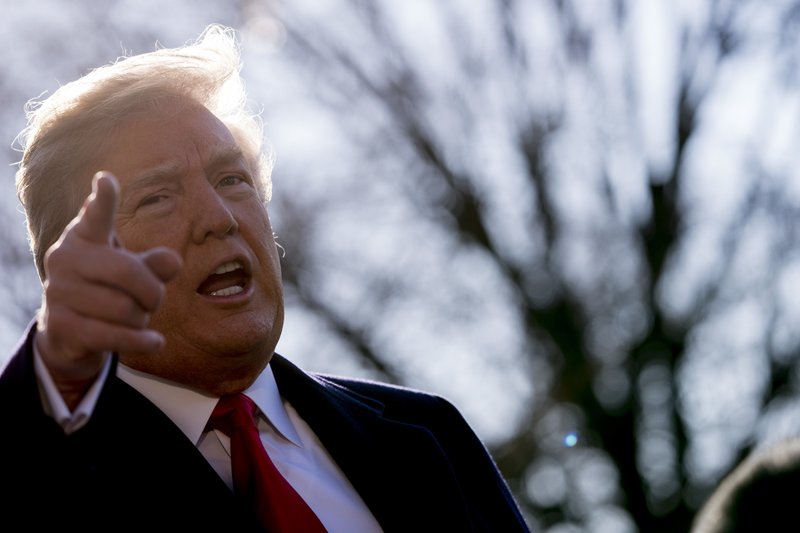 US President Donald Trump fired Secretary of State Rex Tillerson on Tuesday and said he would nominate CIA Director Mike Pompeo to replace him, ending Tillerson’s difficult tenure by tweeting an ouster that had been long expected and yet was shocking in its abruptness.

“We disagreed on things,” Trump said moments later, a diplomatic version of a difficult relationship with his top diplomat that included reports that Tillerson had called the president a moron in meetings with other officials.

Speculation that Tillerson would be fired grew with those reports last fall, and the secretary of state never personally denied their accuracy. It spiked again in November when White House officials told multiple news outlets of a plan to replace him with Pompeo. But Tillerson continued to hang on, pointing out that his doubters had yet to be proven right.

Trump’s change puts an ardent foe of the Iran nuclear deal in charge of US diplomacy as the president also dives into high-stakes talks with North Korea.

Trump mentioned differences over how to handle the Iran agreement, which he wanted to withdraw from. “So we were not really thinking the same.”

Though Trump and other officials said he’d been considering replacing Tillerson for some time, the president said he made the decision only recently and “by myself.” Tillerson will be “much happier now,” Trump said.

The reshuffle comes at a time of intense turnover within Trump’s administration that has alarmed those both in and out of the White House. Top economic adviser Gary Cohn announced his resignation last week, not long after communications director Hope Hicks and staff secretary Rob Porter both departed near the start of Trump’s second year in office.

For Trump, the shift comes at a critical time for several key foreign policy priorities, including a decision on whether to withdraw the US from the 2015 Iran deal that Pompeo has called “disastrous.” Tillerson had long pushed Trump to remain in the agreement and had been pursuing a delicate strategy with European allies and others to try to improve or augment it to Trump’s liking.

It also comes amid a dramatic diplomatic opening with North Korea, with Trump set to hold a historic meeting with leader Kim Jong Un in May. Pressuring North Korea with sanctions and other isolation measures had been a top Tillerson priority, and he had been one of the administration’s more vocal advocates for holding talks in some form with the North. When Trump ultimately accepted Kim’s invitation for a meeting, Tillerson was in Ethiopia, though he said he spoke with Trump about it shortly before it was announced.

The president said he was nominating the CIA’s deputy director, Gina Haspel, to take over for Pompeo at the intelligence agency. If confirmed, Haspel would be the CIA’s first female director

Pompeo, a former Republican congressman from Kansas, has already been confirmed by the Senate for his current role at the CIA, making it extremely likely that he will be confirmed for the State Department role. Trump tweeted, “He will do a fantastic job!”

Trump’s early morning announcement took the State Department by surprise, barely four hours after Tillerson returned prematurely from a trip to Africa and just as officials had been preparing yet again to dispute rumors of his demise.

The circumstances behind the firing were unclear.

Two White House officials said Tillerson was told he was out on Friday. But Undersecretary of State Steve Goldstein said Tillerson “did not speak to the president and is unaware of the reason.” He added that the former Exxon Mobil CEO “had every intention of staying” in the job because he felt he was making critical progress in national security.

The State Department said Tillerson only learned of his termination when he read Trump’s tweet on Tuesday morning. Two senior department officials said Tillerson received a call from John Kelly, Trump’s chief of staff, on Friday, but was only told that there might be a presidential tweet that would concern him. Kelly didn’t tell Tillerson what the tweet might say or when it might actually publish, according to the official, who wasn’t authorized to speak publicly on the matter and demanded anonymity.

Tillerson had told reporters on his plane he had cut short his trip by one night because he was exhausted after working most of the night two nights in a row and getting sick in Ethiopia. There were no obvious signs from his behavior or his aides on the plane that his departure was imminent.