HEADLINE Trump gears up for ‘historic trip’ to China

Trump gears up for ‘historic trip’ to China 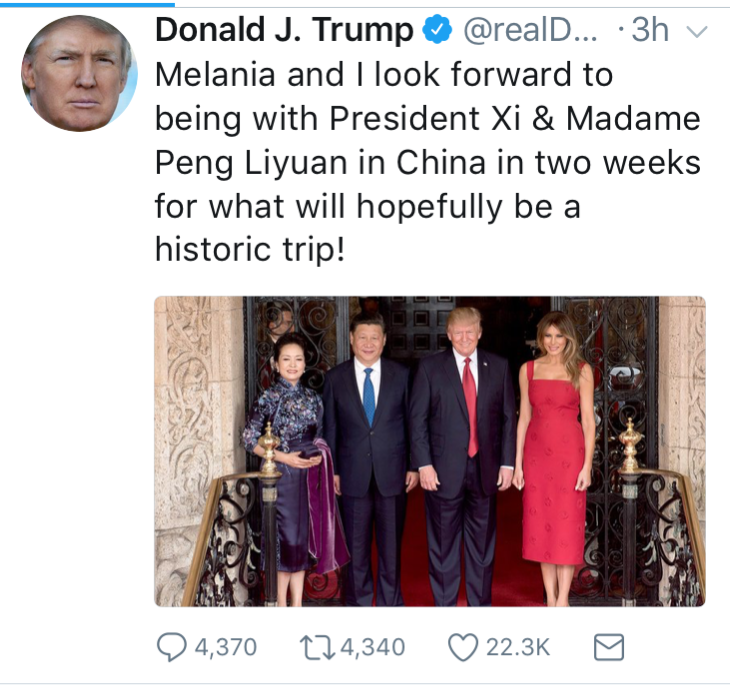 Washington - US President Trump tweeted on October 25 that he and the First Lady “look forward to being with President Xi & Madame Peng Liyuan in China in two weeks for what will hopefully be a historic trip!”

In another tweet, President Trump offered his congratulations again to President Xi Jinping on being re-elected as General Secretary of the CPC Central Committee and for the conclusion of the 19th CPC National Congress.