HEADLINE Trump gives video address to US troops in Afghanistan

Trump gives video address to US troops in Afghanistan 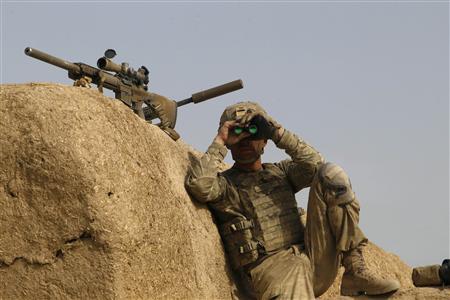 Washington (People's Daily) - On Thanksgiving Day, US President Donald Trump spoke with US forces in Afghanistan via a video conference call from his Mar a Lago resort in Florida.

Addressing the Army’s 82nd Airborne Division, Trump said, “Everybody’s talking about the progress you’ve made in the last few months since I opened it up,” also crediting himself and current administration for the advances made in Afghanistan.

Trump reassured the US troops when he said they, “are really winning,” and deemed the progress made as a positive step.

“We’re not fighting anymore to just walk around. We’re fighting to win. You’ve turned it around over the last three to four months like nobody has seen, and they are talking about it,” Trump said.

Touching on the war against ISIS Trump said, “The fight against ISIS, it’s coming our way. They say we’ve made more progress against ISIS than they did in years of the previous administration. That’s because I’m letting you do your job.”