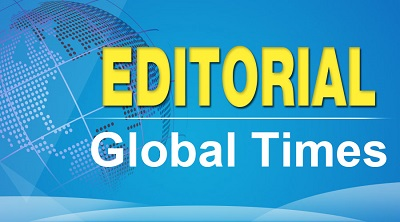 In a live broadcast from the Diplomatic Reception Room at the White House on Wednesday, US President Donald Trump officially announced that Jerusalem will be recognized as the new capital of Israel.  Trump also said the formal acknowledgment will involve relocating the US Embassy from Tel Aviv to Jerusalem. Before the announcement, Trump was warned by Arab leaders that recognizing Israel's new capital would cause unpredictable turmoil in the Arab world. Jerusalem has remained a hotspot of conflict between Palestine and Israel for several decades. Similar to other capital cities, Tel Aviv is home to many diplomatic foreign embassies. This latest Trump decision will turn to rubble years of diplomatic peace efforts between Palestine and Israel. This also means the mediator role the US government has been playing for years between Palestine-Israel relations has hit the ground hard. Trump's latest decision will impact the future political landscape of the Middle East. Since the "Arab Spring," Shi'ite and Sunni clashes, the battle against IS, and the ongoing civil war in Syria, represent the collective result of the regional turmoil, during which Israel has managed to maintain peaceful relations with Palestine. But now the regional focal point will revert to the older issue of occupied territory.  Trump's motivation to "stir the hornet's nest" that has come to symbolize Jerusalem is difficult to analyze where international relations are concerned. It is a decision that surely ignites the Middle East situation, triggering increased anger towards the US from Arabic and Islamic nations. This kind of attention will consume US efforts and inspire a new wave of terrorist attacks.  Trump's action offers zero benefits for his so-called strategy to "go all out on economic development."If Trump's decision was the result of him following through on a promise made to Israel while he was campaigning for the Oval House, then what can be seen is a capricious reflection and an impulsive anxiety that the world is now able to witness for the first time. Trump is reveling in actions in doing what former US presidents dared not to.  The US Republican apparatus may act shocked or issue criticism but actually connives his actions.  What we are witnessing now is the true nature of the US President and a country that the world watched with a greater awareness intact.As Arabic and Islamic nations rebuild, the outcomes will be drastic and US response to new governments will remain constrained, while citizen reaction will be difficult to control.  Islamic extremism will find an unexpected and unique opening, just as its done before, to prove to the world they are the only ones who are "necessary and right." The US can probably expect a new wave of terrorist attacks at various levels. The move to Jerusalem will hamper US economic development, something that has always been a priority for Trump.  Arabic and Islamic reaction will be nothing short of drastic. Radical extremists will find a rare opportunity to prove their way is the only way, just as they've done in the past. The US should anticipate a new round of home soil attacks. But rest assured, Trump has proven to be a daring president. It is obvious he believes US power is truly almighty. He probably thinks the country can do whatever it wants and as long as Washington is doing all the thinking, while foreign forces will be expected to step aside.  But the religious beliefs of others can be changed by the US. For quite some time, the world had not witnessed the strong will of US presidents. Then Trump assumed office. He turned more of his will into actual policies than expected. Since he entered the White House, the US has withdrawn from the Paris climate accord and the Trans-Pacific Partnership, bombed an airbase in Syria and carried out a travel ban that targets six Muslim-majority countries. It seems incredible, but Trump is only doing what he promised. What the president will do next? The suspense carries weight. It seems that he will decidedly apply the power of the US and forcefully reform those places in the world that dissatisfy him. For instance, under his leadership, the US may be serious in terms of using military force against North Korea. If Pyongyang refuses to stop its nuclear and missile tests, the possibility of Trump resorting to armed force is higher.  When it comes to interactions with Trump, national strength is more crucial than cottoning up to him. Forces that do not want to be manipulated by the US must be aware of it.