US President Donald Trump paid a somber visit to Pearl Harbor ahead of his first official trip to Asia, also meeting with military officials overseeing US operations in the Pacific region.

Trump and his wife Melania tossed white pikake flower petals into the waters at the USS Arizona memorial, where hundreds of US service members died when Japan launched a surprise attack in 1941, triggering the US entry into World War II. 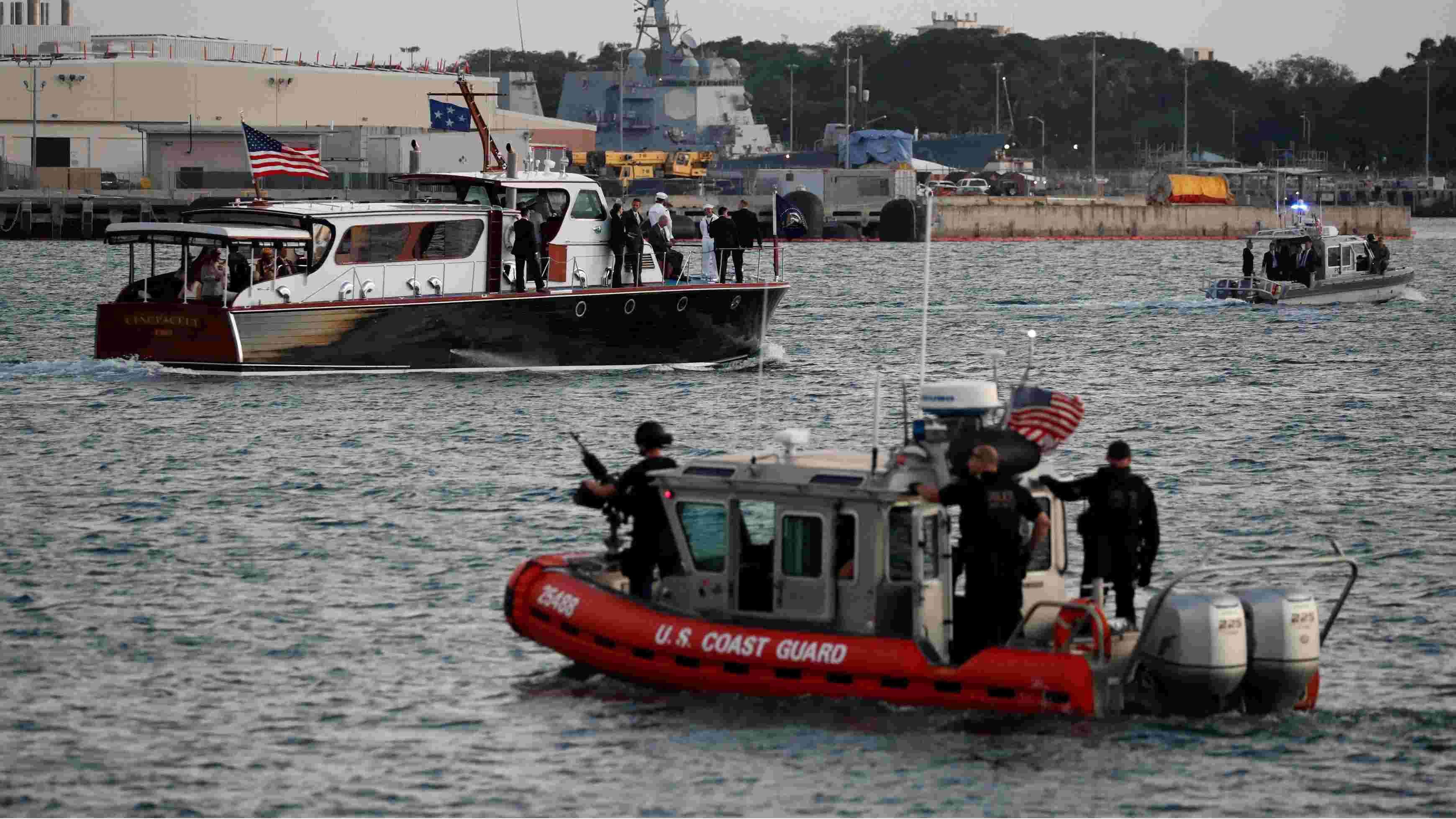 US Coast Guard gun boat protects US President Donald Trump as he departs by boat from the USS Arizona Memorial in Honolulu, Hawaii, US, November 3, 2017. Photo: Reuters

The Trumps also took part in a wreath-laying ceremony during the stopover on November 3, 2017, watching as two sailors placed the flower arrangement before a white marble wall bearing the names of the fallen. Before his some 20-minute visit to the shrine, Trump met with leaders of the US Pacific Command, amid growing concerns over security in the region.

In brief comments to reporters, Trump said it was "very special being in Hawaii." He voiced enthusiasm over his trip to Pearl Harbor, "which I've read about, spoken about, heard about, studied, but I haven't seen. 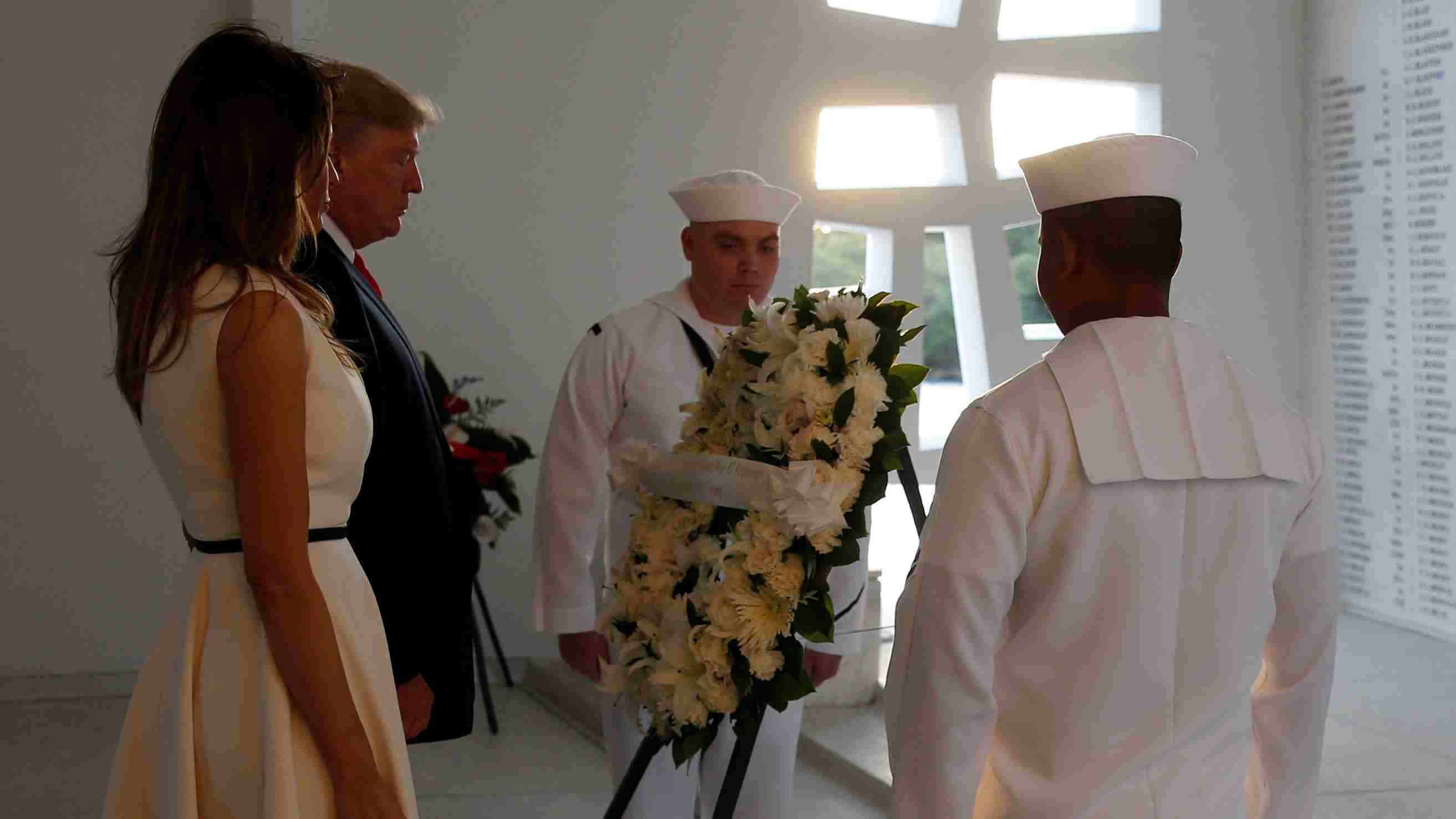 "And that is going to be very exciting for me."

Trump stopped in Hawaii ahead of a tour of Asia lasting nearly two weeks which will include visits to Japan, South Korea, China, Vietnam and the Philippines.