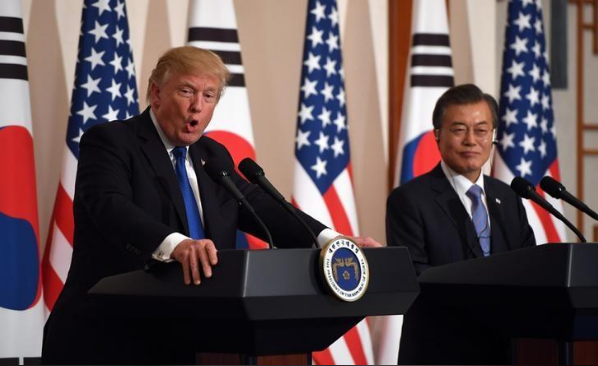 US President Donald Trump reaffirmed his plan to meet with North Korean leader Kim Jong Un by the end of May on Friday during a call with South Korea’s president, voicing “cautious optimism” over recent developments, the White House said.

Trump and President Moon Jae-in discussed preparations for their upcoming engagements with North Korea and agreed that “concrete actions” were the key to achieving denuclearization of the Korean peninsula, the White House said in a statement.

“The two leaders expressed cautious optimism over recent developments and emphasized that a brighter future is available for North Korea, if it chooses the correct path,” the White House said in a statement.