Trump must act prudently to avoid serious consequences in Syria 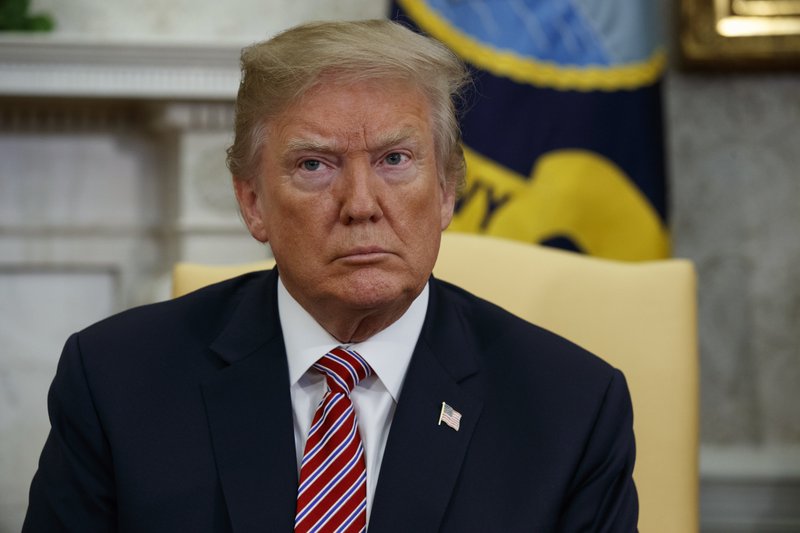 On Wednesday, US President Donald Trump tweeted "Russia vows to shoot down any and all missiles fired at Syria. Get ready Russia,  because they will be coming, nice and new and "smart!" You shouldn't be partners with a Gas Killing Animal who kills his people and enjoys it!"

Washington stressed that "nothing is off the table" including military reprisals against the Syrian government. US Ambassador to the UN Nikki Haley said the US "will respond" to the alleged attacks regardless of whether the UN acts or not.

There may be an intense escalation of the Syrian situation. Moscow claimed earlier that it's prepared for possible military action by Washington against Syria. Analysts believe that the possibility of a direct Russia-US conflict cannot be excluded.

As use of chemical weapons hasn't yet been confirmed, military attacks by Washington and NATO on Syria would be brutal military interventions. If forcible actions were taken, there would be no justice at all, and they would only reflect Washington's political hegemony and military arrogance.

Moscow and Damascus repeatedly emphasized that accusations of chemical attacks are "lies." The Syrian government also welcomed the UN delegation to investigate in Douma. The US should give Bashar al-Assad's regime an opportunity to explain, and wait until the UN investigation to act.

If the military option is taken, Washington has only one real purpose: using chemical attacks as an excuse to crack down on the Assad regime and expanding the clout of opposition forces.

The Trump government has already shifted its attention from the Middle East, and is considering the withdrawal of US troops from Syria. However, it isn't happy to see the Assad regime, supported by Russia and Iran, gaining an absolute advantage in the region, and thus has an impulse to seek out an opportunity to attack the government.

Syrian governmental forces currently enjoy high morale. Syria is not only a strategic outpost of Moscow, which the Kremlin has been tenaciously defending at all costs in recent years, but also a place where Iran has devoted resources.

Washington has had minimal clout in the Middle East since the Cold War. Turkey, its long-term ally in the region, is currently at odds with the US. The Abdel Fattah el-Sisi regime in Egypt has a subtle relationship with the Trump administration. Washington's achievements in overthrowing Saddam Hussein's government have been gradually consumed. Trump's decision to relocate the US embassy in Israel to Jerusalem has offended the majority of the Arabian public. In such a context, the US still threatens to attack the Syrian government. There's no logic to Washington's Middle East policy.

Although Russia's comprehensive strength has been weakened, it is seeing its strongest capacity in the Middle East. If the US refuses to respect Russia, a nuclear power, it may face terrible consequences. We hope the Trump administration thinks twice before deciding to attack Syria.