HEADLINE Trump on Florida shooting: 'I'd run in there' even without gun

Trump on Florida shooting: 'I'd run in there' even without gun 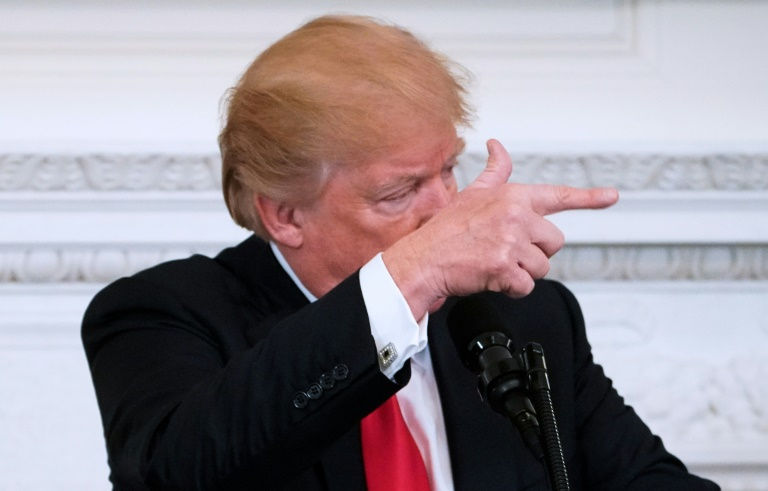 US President Donald Trump, meeting with state governors at the White House, calls for action on background checks in the aftermath of the mass shooting at a Florida high school

President Donald Trump said Monday he would have rushed inside the Florida high school where 17 people were shot dead earlier this month, whether or not he was armed at the time.

"I really believe I'd run in there even if I didn't have a weapon," Trump told a group of state governors gathered at the White House.

"And I think most of the people in this room would have done that, too," said the US president, while adding: "You never know until you're tested."

Trump has vocally criticized an armed deputy who failed to intervene in the February 14 Parkland mass shooting, suggesting he was a "coward."

He took up that theme again in his comments to the governors, calling the performance of some Broward County sheriff's deputies "frankly disgusting."

"They weren't exactly Medal of Honor winners," he said.

"Bump stocks, we're writing that out," he said. "I don't care if Congress does it or not, I'm writing it out myself," he said.

The US president also said he met with leaders of the National Rifle Association and told them, "fellows, we have to do something. We have to do background checks."

The NRA, which has a strong presence among Trump supporters, has been a zealous defender of the constitutional right to bear arms, fighting even modest gun control proposals.

Trump has vowed to press ahead with gun law reform in the wake of the Parkland tragedy, but the White House has yet to announce support for specific legislation in Congress, where enacting federal gun restrictions faces major obstacles.