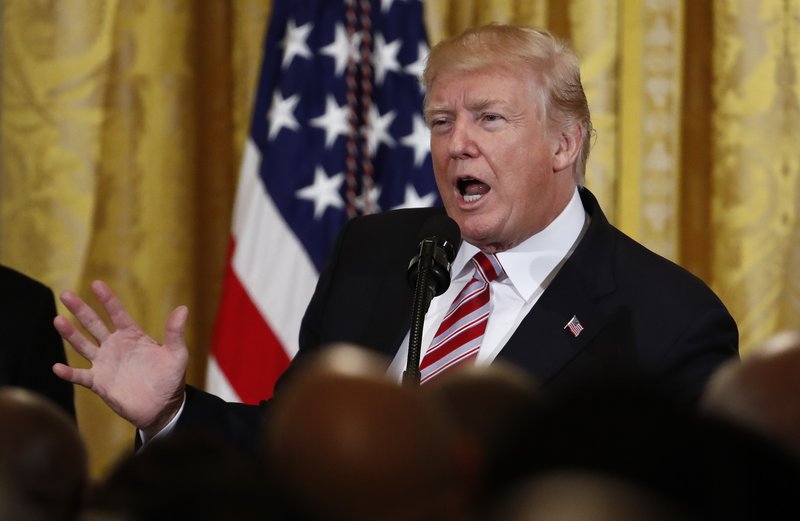 President Donald Trump sent a message Wednesday to the Senate on immigration: Pass a bill based on his priorities.

The president thanked GOP Sen. Chuck Grassley of Iowa for introducing legislation similar to the immigration framework pushed by the White House.

The measure would offer a chance for citizenship for up to 1.8 million people who arrived in the U.S. as children and stayed illegally. It would provide $25 billion for border security, restrict family-based immigration and end the diversity visa lottery.

Senate debate on immigration began Tuesday, but leaders are at loggerheads over how to move forward.

Democrats prefer a narrower approach that deals with “Dreamers” and border security. Senate Minority Leader Chuck Schumer, D-N.Y., said on the Senate floor that “the one person who seems most intent on not getting a deal is President Trump.”

“Instead of making a proposal in good faith or working with Democrats on a compromise, President Trump is trying to force his unpopular, hard-line immigration agenda down the throats of the American people by calling it a DACA bill,” Schumer said.

Senate Majority Leader Mitch McConnell said the president has “spelled out a fair and generous framework that will be necessary to earn his signature.”

“There is a widespread desire in this chamber to find a resolution for the illegal immigrants who were brought to this country as children,” McConnell said. “But common sense dictates that we cannot simply treat one symptom of our broken immigration policy in isolation.”