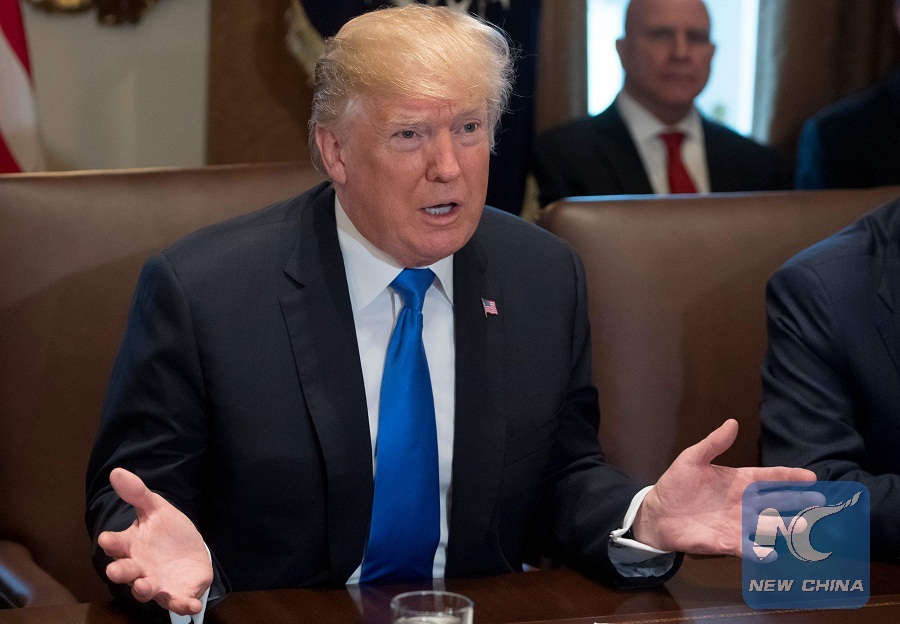 In his letter to the Moroccan king, US President Trump affirmed "the importance of the city of Jerusalem for the followers of Judaism, Christianity and Islam," the Moroccan official MAP news agency reported on Saturday.

The letter came as a response to a message sent to Trump recently by the Moroccan king regarding "the decision of the US administration to recognize Jerusalem as the capital of Israel and to transfer its embassy there."

"Jerusalem is and must remain a place where Jews pray at the Western Wall, where Christians walk the Stations of the Cross and where Muslims worship at Al-Aqsa Mosque," Trump said in the letter.

On the peace process in the Middle East, Trump said he is "determined to reach a lasting peace agreement between Israel and the Palestinians."

He also expressed his support "for a two-state solution if agreed by both sides," adding that the specific boundaries of the Israeli sovereignty in Jerusalem are part of the final negotiations.

"The US does not take a position on boundaries or borders," Trump noted.

In his message to the US president, King Mohammed VI of Morocco, the chairman of Al Quds Committee which is affiliated with the Organization of Islamic Cooperation, expressed his "deep concern and that of Arab and Muslim countries" following the US decision to recognize Jerusalem as the capital of Israel and to transfer the US embassy to the holy city.

"As is clearly indicated in the relevant international resolutions, especially those of the Security Council, Jerusalem is at the heart of final status issues. For this reason, its legal status needs to be preserved and nothing should be undertaken that might affect its current political status," the Moroccan king said in the message.