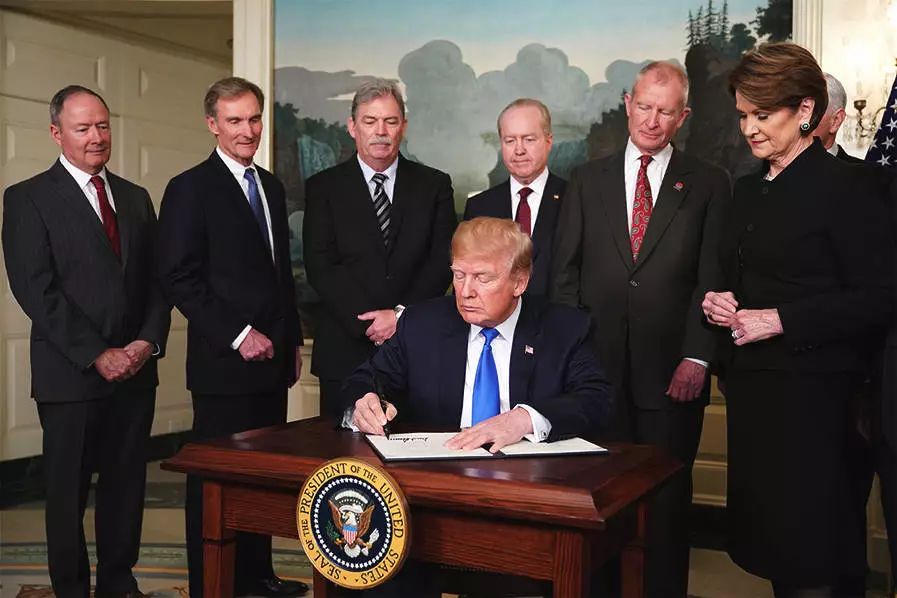 US President Donald Trump on Thursday announced plans to slap punitive tariffs on imported Chinese products, then China declared a plan to impose tariffs on $3 billion worth of US products. We believe it is only part of China's countermeasures, and soybeans and other US farm products will be targeted. Stock markets around the globe tumbled on Thursday and Friday, reflecting investors' fears that China-US trade will worsen.

This unprecedented trade friction came about after the Trump administration labeled China a US "strategic competitor." It does not look like just a trade war, but rather the US is trying to bully China and the rest of the world in order to make China concede economic resources and development opportunities to the US and make the US forever big and strong.

A few people may hold the belief that it's only Trump's tactics to pressure China to cede some benefits on the negotiating table. However, the benefits Trump desires could be huge. He wants all that it takes to ensure "America first," including China's right to take over the US as the biggest economy.

Should China compromise and swallow the bitter pill? There is no room for China to back down, as Trump wants to strangle China's high-tech firms and prevent China from becoming the new center of capital and technology.

The bumps in China-US relations are a reminder that China's rise will not be smooth, as there will be resistance from the US and other countries. A peaceful rise may not be as easy as we thought.

China should adopt a more relaxed strategy, which means that although China will try to avoid provoking trade frictions with the US, we must rise up to the challenge if the US is determined to loot China's future to nurture itself.

Trump was well prepared before he started the trade attack, as the result of the conflict will affect the mid-term elections and his domestic political credibility. He wants to make himself look like a "hero" capable of taming China.

Ordinary Americans don't want a trade war with China. Once a trade war escalates and damages the US economy, anti-Trump forces will correct his policies through the ballot box.

China should win over Europe when conflicts break out with the US, and try to isolate the US instead of being isolated. The overall objective is to strike a blow to the Trump administration's reckless trade policy against China, and make Washington think twice whenever it has the urge to act tough against China.