US President Donald Trump and first lady Melania board Air Force One as they depart for Seoul, at U.S. Air Force Yokota base in Fussa, on the outskirts of Tokyo, Japan on November 7, 2017. Photo: VCG.

US President Donald Trump’s forthcoming state visit to China, which starts on November 8, could be the sign of an improvement in China-US trade and economic ties, with a host of deals expected to be signed led by those in the energy and automobile sectors.

But taking into account of the recent “hostile” approach taken by the Trump administration against China, it seems like some of the disagreements on certain economic practices, like how the US deals with Chinese imports and companies, cannot be solved during the visit.

Trump will be joined in his three-day visit to China by more than two dozen executives from US business giants, including Goldman Sachs CEO Lloyd Blankfein, Qualcomm CEO Steve Mollenkopf, Cheniere Energy CEO Jack Fusco and Air Products CEO Seifollah Ghasemi, according to a report by US financial broadcaster CNBC on Thursday. 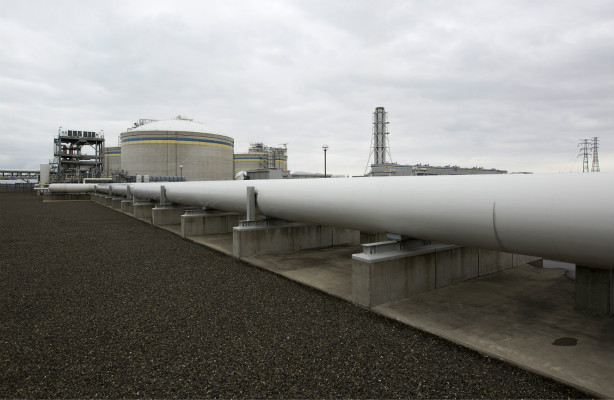 Most of the businessmen on the list were from the natural gas and energy sector, indicating that energy cooperation between China and US would figure prominently during Trump’s visit.

Also, the US may negotiate natural gas export deals with China as a way of reducing China’s trade surplus with the US – a top concern of the Trump administration, and to address the oversupply of natural gas in the US.

In fact, clues for potential energy deals have already surfaced, according to recent circulated media reports.

State-owned China Petroleum and Chemical Corporation is reportedly dicussing the possibility of investing $7 billion for an oil pipeline in Texas and an expansion of an oil storage facility in the US Virgin Island, Bloomberg cited sources close to the matter as saying.

Another area of cooperation is automobiles, as illustrated by US new energy vehicle (NEV) producer Tesla’s recent plan to build a factory in Shanghai.

China is mulling over plans to relax restrictions on joint ventures in the NEV sector. The gradual market opening-up, combined with the country’s rapidly expanding demand for NEVs, raises the prospect for potential auto agreements between the two economic heavyweights during Trump’s visit.

Industry insiders also predict infrastructure investment will also be discussed based on the 100-day action plan during a meeting between Chinese President Xi Jinping and Trump in the US in May. 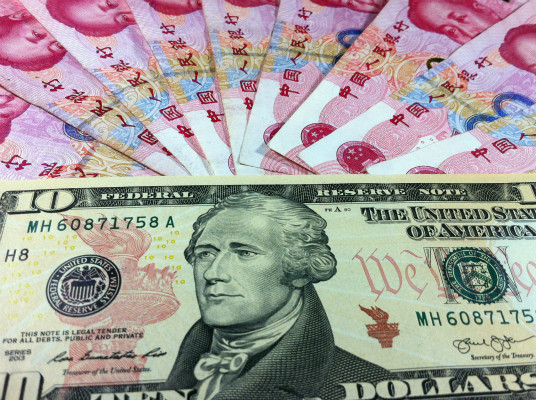 Prior to Trump’s visit to China, the US said that China is a “non-market economy,” which shows US hostility towards China.

Adding fuel to the fire, US authorities have blocked attempts by Chinese companies to acquire US firms over “national security concerns.” In the industrial sector, such as steel and solar panels, the US has also been imposing anti-dumping duties on Chinese imports.

Against this backdrop, it is likely that disagreements on economic practices may continue to linger in terms of how China should lower its entrance barriers for US firms, how the US deals with Chinese imports and companies, as well as how to effectively reduce the US trade deficit with China.

But disagreements are negotiable on the grounds that closer economic ties between China and US brings mutual and substantial benefits to both sides, especially at a time when trade dispute and friction are on the rise against a global economy meltdown.

Sun Jiwen, the Ministry of Commerce (MOFCOM) spokesperson, has also repeatedly stressed that economic cooperation between China and the US has led to a win-win situation.

As of the end of 2016, accumulated foreign direct investment (FDI) from China to the US stood at 50 billion yuan, spreading across 44 US states and creating 100,000 jobs in the US, according to a statement on the MOFCOM website.

On the other hand, the accumulative value of US FDI in China since 1990 has exceeded $240 billion. About 90 percent of US companies which entered the Chinese market have so far successfully make a profit, said the statement.

China was also the US’ largest trading partner in 2016, with bilateral trade reaching $578.6 billion. Sino-US trade relations has helped create 2.6 million related job opportunities in the US, according to the MOFCOM.