HEADLINE Trump’s confidence that ‘trade wars are good’ will backfire

Trump’s confidence that ‘trade wars are good’ will backfire 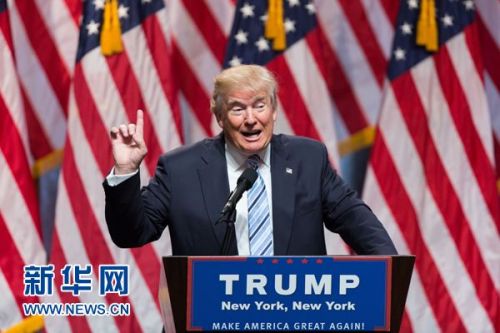 Speculation about a potential trade war has been worrying major trade partners of the US since President Donald Trump assumed office. The fear is now on the way to become a reality, as the White House attempts to impose tariffs on all steel and aluminum imports.

Many economists have warned that the Trump administration’s controversial decision may open a Pandora’s box. They say it will actually hurt workers at home more than those in China, a country Trump has blamed for job losses and trade imbalance. Major US allies and its neighbors also vowed to retaliate against the US decision.

Meanwhile, Trump picked the wrong battle if he really wants to get tough on China as he promised during his election campaign.

China, the world’s largest steel producer, saw a dramatic drop in its steel shipments to the US in 2017, down by 78.15 percent from the 2006 level. The country now is the 11th largest supplier of steel to the US, Chinese customs data show.

In January, China’s steel exports overall shrank to the lowest level in almost five years as strong domestic growth mops up production and environmental curbs trim capacity, according to a recent report by Moody’s Investors Service.

In face of criticism and warning of destructive consequences, why did Trump remain defiant and claim, “Trade wars are good”?

Part of his confidence comes from his voters. Trump makes no secret of his intent to deliver quick result to woo them. American steel companies and steelworker unions have been pushing for Trump to fulfill his promise to protect the industry.

The tariff decision was soon hailed by steelworker unions, enthusiastic supporters of Trump’s protectionism agenda. President of the Alliance for American Manufacturing Scott Paul praised the steel trade measure as good for the US economy and urged the White House to take “broad, robust and comprehensive” enforcement action.

The decision once again showcased Trump’s suspicion toward multilateral institutions like the World Trade Organization (WTO). In the view of Trump and other trade hawks, the WTO is the source of US trade problems.

“A lot of the problem has been the World Trade Organization, which is over 160 countries, and a lot of them simply don’t like us and so we don’t get good results there,” White House trade adviser Peter Navarro told reporters last week.

Many admit that the WTO mechanism needs reform. However, instead of fixing the current world trade system, Washington chooses to distance itself from it. “If we didn’t have (the WTO dispute system), it would be the total Wild West. And that would not benefit the US,” warned Cecilia Malmström, the EU trade commissioner, according to a Financial Times report.

Economists have pointed out that unilaterally imposing tariffs clearly is not the answer to address America’s  manufacturing problem, and the US government should support its own workers by improving things like education, infrastructure, and the social safety net.

Trump boasted his American First strategy would revive US manufacturing and protect American workers. However, during this round of controversy over tariffs, American workers will fall victim to his unilateral actions. Each war comes with costs and the US cannot be the exception.