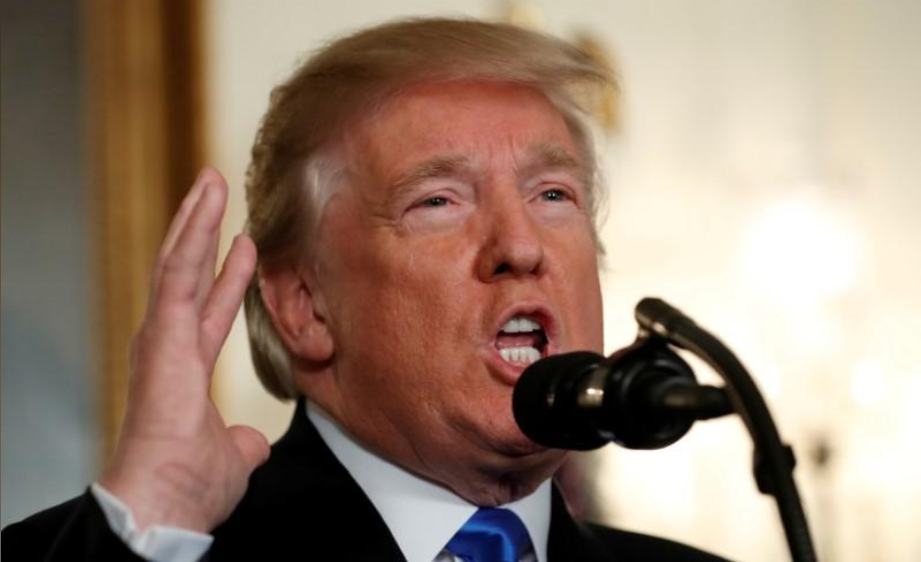 US President Donald Trump speaks during an address at the White House in Washington, U.S., December 6, 2017. Photo: Reuters

Islamabad (People’s Daily) – Suspension of military aid and a flurry of hostile statements saw US military officials offering assurances to Pakistan that unilateral action on its soil is being considered.

ISPR indicated that Votel apprised Bajwa about the US decision regarding the security assistance and coalition support fund. Votel said the US values Pakistan’s role in its war on terror and felt the current turbulence to be temporary.

Votel told the Pakistani general that they are not contemplating unilateral action but seeking cooperation to tackle Afghan nationals who use Pakistani land, an action that is undermining Pakistan’s contributions against the war on terror.

Pakistan said it felt betrayed over recent US statements despite decades of cooperation.

“Pakistan shall continue its sincere counter-terrorism efforts even without US financial support in accordance with our national interest and shall remain committed to bring it to its logical conclusion along with other stake holders,” said Bajwa.

Bajwa also said that Pakistan had suffered hugely due to power contestation in the region. He reiterated that Pakistan will not seek resumption of aid but expect honorable recognition of our contributions, sacrifices and unwavering resolve in the fight against terrorism for peace and stability in the region.

Bajwa explained that Pakistan would continue supporting peaceful initiatives in Afghanistan despite the tendency to scapegoat Pakistan, as peace in Afghanistan is necessary for regional stability.

Votel agreed that both countries stand to gain from cooperative engagement.

Analysts consider that after almost two tumultuous weeks, the US has moved to rescue its faltering alliance with Pakistan as its top general reached out to the Bajwa to assure him they are not considering unilateral action inside Pakistan.

But Votel’s statement was in total contrast to the recent hardline stance taken by Washington that began with Trump’s New Year offensive tweet directed at Pakistan.

“The United States has foolishly given Pakistan more than 33 billion dollars in aid over the last 15 years, and they have given us nothing but lies & deceit, thinking of our leaders as fools. They give safe haven to the terrorists we hunt in Afghanistan, with little help. No more!” Trump said in his New Year tweet.

In a strongly worded response, Pakistan’s Foreign Minister Khawaja Asif said, “We have already told the US that we will not do more, so Trump’s ‘no more’ does not hold any importance. Pakistan is ready to publicly provide every detail of the US aid that it has received,”

Relations between Islamabad and Washington have been in dramatic decline since Trump took office.  Trump’s tweet was followed by an announcement calling for the suspension US security relief until Pakistan took “decisive action” against Taliban and Haqqani hideouts.

The Express Tribune reported that despite aggressive posturing by the Trump administration, Pakistan’s response was measured. Islamabad indicated it could suspend crucial supply lines for US forces stationed in Afghanistan.

While Trump’s Pakistan policy may have considerable Congressional support, some US officials and retired diplomats have warned that Pakistan still holds the key to the Afghanistan endgame.

Islamabad sources revealed US officials were told that relations with Pakistan hinge on revisions to President Trump’s “do-more” policy.

The recent demands have added greater tension between the two countries, which intensified when the White House administration announced aid to Pakistan was being suspended.