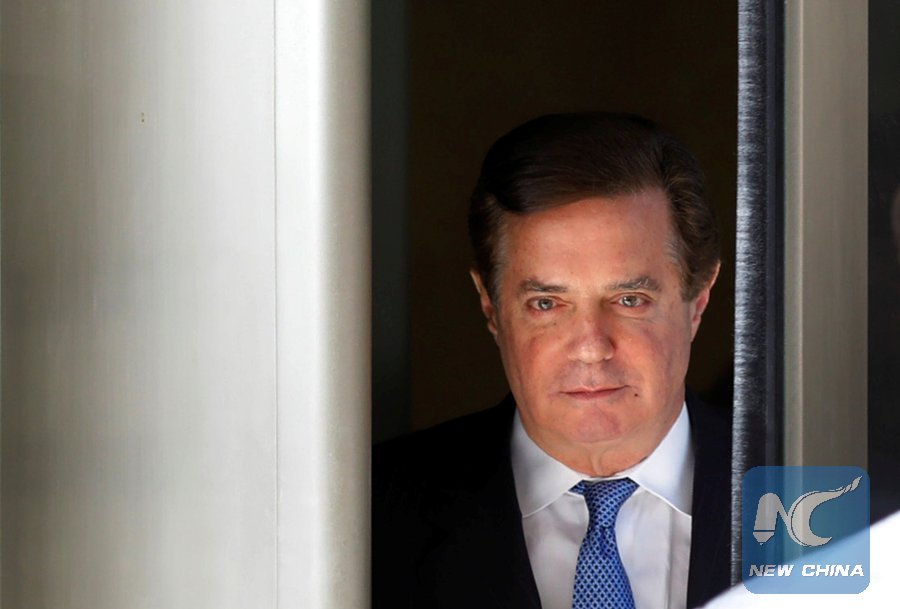 "Given the nature of the charges against the defendant and the apparent weight of the evidence against him, the defendant faces the very real possibility of spending the rest of his life in prison," the court paper issued by the US District Court for the Eastern District of Virginia said.

The paper dictated that before his trial, Manafort would be subject to home incarceration with local monitoring, and set a 10 million US dollar unsecured bail.

"The defendant is a person of great wealth who has the financial means and international connections to flee and remain at large, as well as every incentive to do so," the paper said, directing that all of Manafort's passports be confiscated and banning applications for new passports.

According to US media, Manafort would face a maximum of 305 years in prison if convicted of all charges.

Manafort would be confined to his home in Alexandria, Virginia until his trials, set for July 10 in Virginia, and Sept. 17 in Washington.

The ex-lobbyist, a key figure in the ongoing probe into possible collusion between the Trump campaign and Russia, has pleaded not guilty to all of his charges.

Should he choose to change his plea, he would be forced by Special Counsel Robert Mueller's office to reveal his knowledge on Trump campaign's interactions with Russia.

Republican representatives in the House Intelligence Committee concluded Monday in a report that no evidence was found pointing to collusion, attracting a vehement attack from Democrats, who vowed to draft a separate report after further investigation.