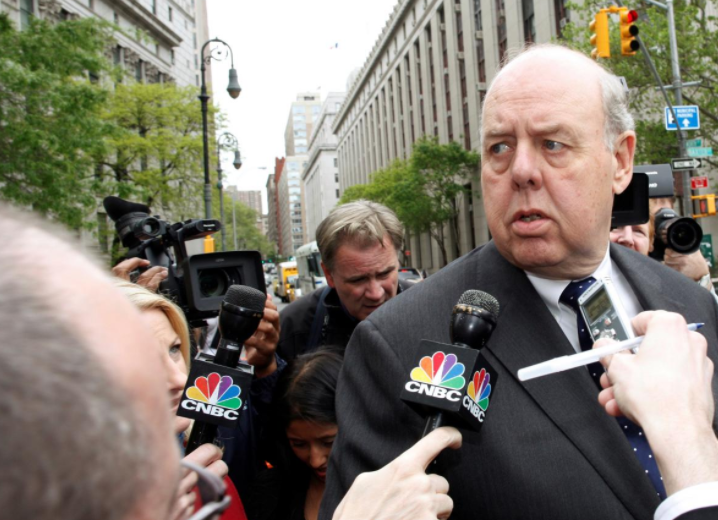 Lawyer John Dowd (R) is met with reporters as he exits Manhattan Federal Court in New York, NY, US, May 11, 2011. (Photo: Reuters)

“I love the president and wish him well,” Washington attorney John Dowd told Reuters in an email.

The resignation was first reported on Thursday by the New York Times, citing sources, including one who said Trump was increasingly ignoring Dowd’s advice.

Dowd did not immediately comment on why he resigned.

Dowd and Jay Sekulow, who also represents Trump in the Russia probe, have been in negotiations in recent weeks over a possible interview for Trump with special counsel Robert Mueller, people familiar with the matter have told Reuters.

Sekulow said in a statement that Dowd was “a friend and has been a valuable member of our legal team.” 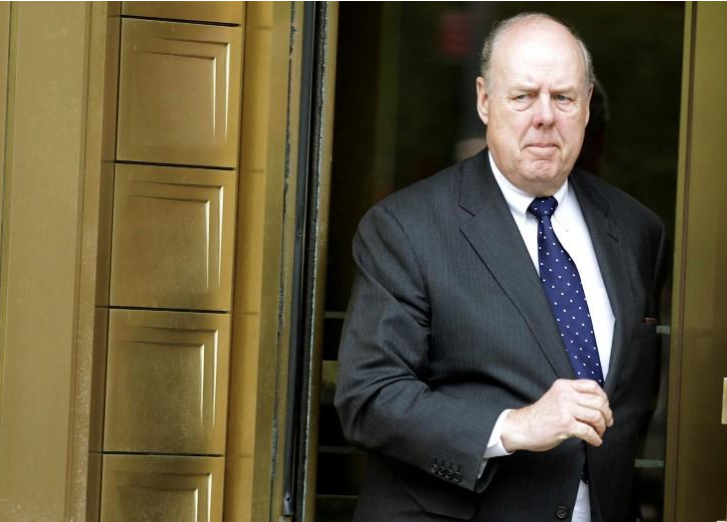 “We will continue our ongoing representation of the president and our cooperation with the Office of Special Counsel,” Sekulow said.

On Saturday, Dowd called for an end to the investigation, which he said was manufactured by former FBI director James Comey. 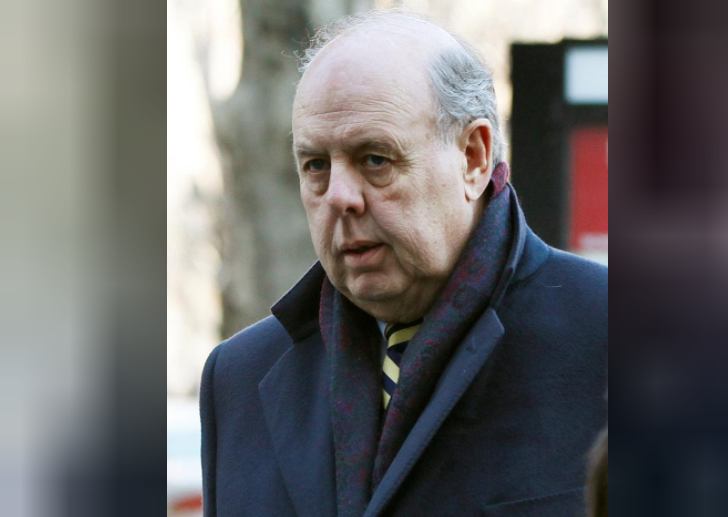 Dowd has been Trump’s lead outside lawyer for the Russia probe since last summer, when longtime Trump personal lawyer Marc Kasowitz stepped down.

Earlier this week, Trump hired Washington lawyer Joseph DiGenova, who accuses the FBI and US Justice Department of trying to frame Trump with what he says are false charges of colluding with Russia during the 2016 election campaign. DiGenova’s hiring was viewed as possibly signaling an aggressive drive to discredit Mueller.

Washington lawyer Ty Cobb, who has been in the White House since last summer and has also been working on the probe, did not immediately respond to requests to comment on developments in the legal team.

Last week, a person familiar with the matter told Reuters that veteran Washington lawyer Emmet Flood was under consideration for a White House job assisting Trump with the Russia probe.

Mueller is investigating possible collusion between the Trump campaign and Russia to influence the 2016 presidential election. Moscow denies any interference and Trump has said there was no collusion.