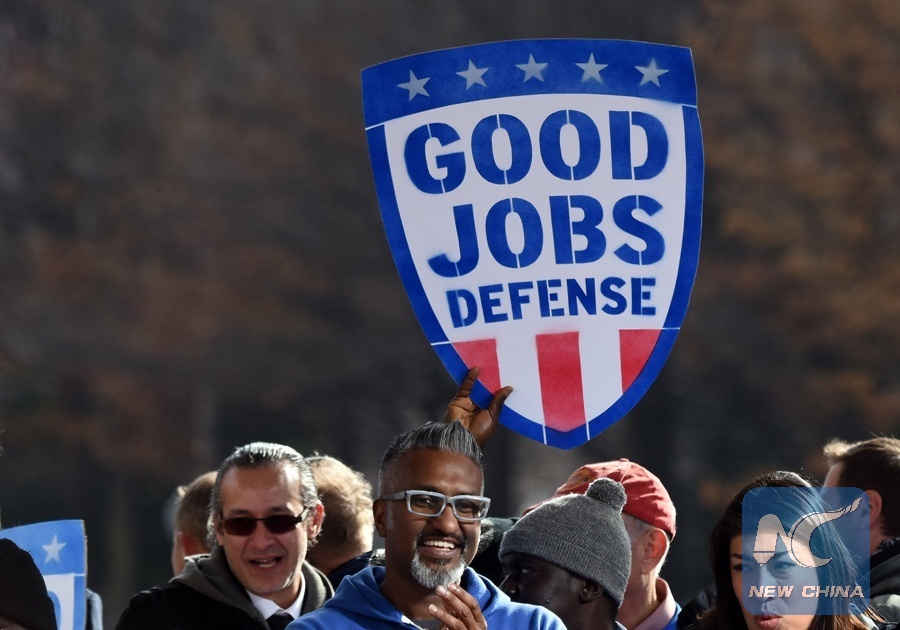 People attend a rally calling for "more jobs and better wages" which was promised by President-elect Donald J. Trump during his campaign, in Washington D.C., the United States, Dec. 7, 2016. (Photo: Xinhua/Yin Bogu)

The slapping of steep tariffs on foreign goods by US President Donald Trump's administration is a wrong remedy for the US economy, an expert on US economic and trade policy has said.

"Unfortunately, President Trump has taken protectionist positions in an attempt to remedy trade issues between the United States and China," said John Manzella, founder of the ManzellaReport.com, which provides in-depth analyses on global business.

"However, instead of benefiting the US, these actions are likely to hurt industries and consumers in both countries," he told Xinhua in a recent interview amid the escalation of trade disputes between the world's top two economies. 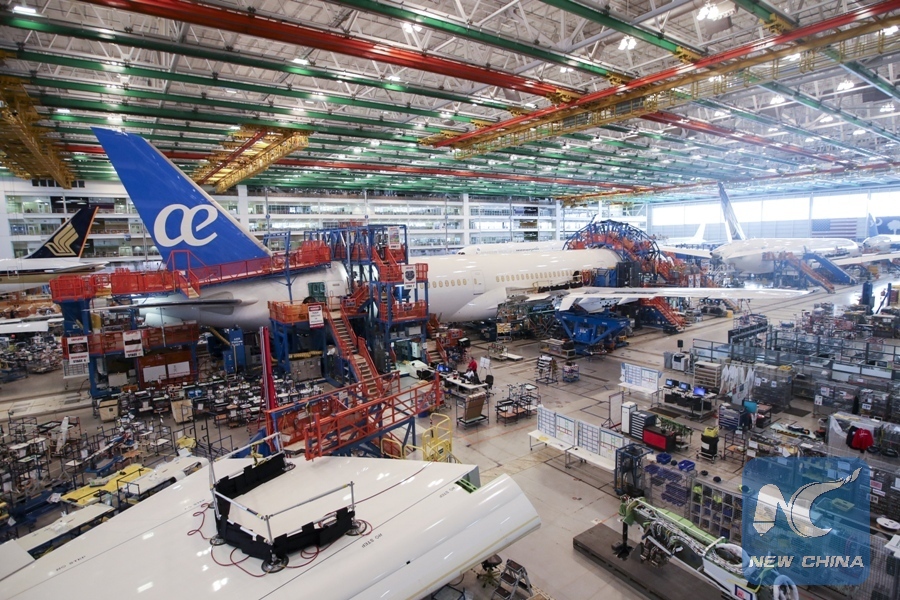 Trump's decision to impose a 25-percent tariff on imported steel as well as a 10-percent levy on aluminum is likely to result in "fewer, not more" jobs in the United States, said Manzella, former CEO of the World Trade Center Buffalo Niagara in New York State.

These tariffs will benefit a few American firms, like US steel producers which employ approximately 140,000 workers, but hurt industries that depend on steel as raw material, such as aircraft, automobiles and construction, which employ 5.4 to 6.5 million workers, he added.

"The tariffs will add costs and boost prices. And when prices rise, companies and consumers buy less, often resulting in job layoffs," Manzella said. He pointed out that more than half of US imports are intermediate goods and materials that are used to produce goods that have gained America global attractiveness.

"But very importantly, US imports reduce prices, stretch the dollar and subsidize the standard of living for millions of American consumers," he said. "Imports offer US consumers greater choices ... and keep inflation low."

In addition, imports create millions of American jobs in transportation, retail, sales, and marketing, he said.

"Since China supplies many of America's consumer products, consumers would feel the pain in higher prices and fewer choices. Other sectors, of course, would be impacted as well," he added.

Manzella suggested that the United States and China establish a free trade agreement in order to address "difficult issues" like the current trade disputes.