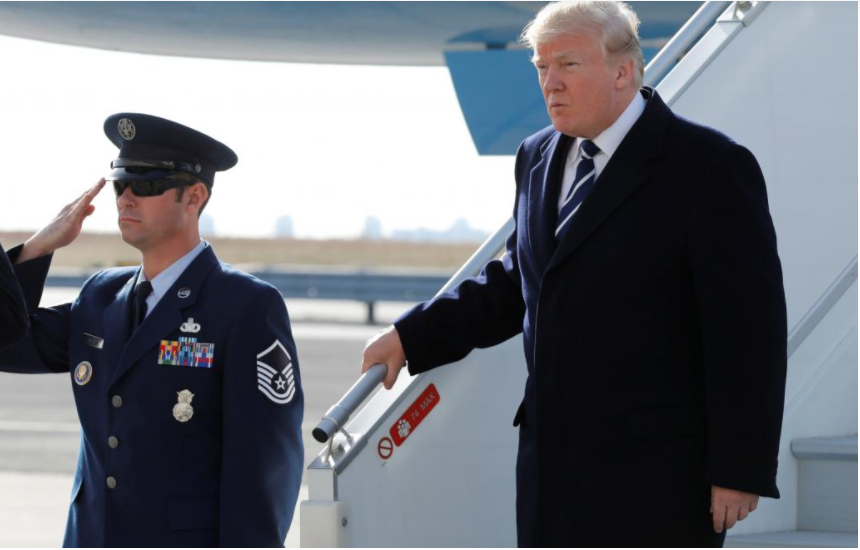 US President Donald Trump said on Saturday that actions by his disgraced former national security adviser Michael Flynn during the presidential transition were lawful and said that there was no collusion between his 2016 White House campaign and Russia.

Flynn was the first member of Trump’s administration to plead guilty to a crime uncovered by special counsel Robert Mueller’s wide-ranging investigation into Russian attempts to influence the 2016 U.S. presidential election and possible collusion by Trump aides.

“I had to fire General Flynn because he lied to the Vice President and the FBI. He has pled guilty to those lies,” Trump said on Twitter while he was in New York for a fundraising trip. “It is a shame because his actions during the transition were lawful. There was nothing to hide!”

Flynn, a former Defense Intelligence Agency director, held his position as Trump’s national security adviser only for 24 days. He was forced to resign after he was found to have misled Vice President Mike Pence about his discussions with Russia’s then-ambassador to the United States Sergei Kislyak..

“What has been shown is no collusion, no collusion,“ Trump told reporters as he departed the White House for the New York trip. ”There’s been absolutely no collusion, so we’re very happy.”

As part of his plea on Friday, Flynn agreed to cooperate with the investigation.

The retired US Army lieutenant general admitted in a Washington court that he lied to FBI investigators about his discussions last December with Kislyak.

In what appeared to be moves undermining the policies of outgoing President Barack Obama, the pair discussed U.S. sanctions on Russia, and Flynn asked Kislyak to help delay a United Nations vote seen as damaging to Israel, according to prosecutors.

Flynn was also told by a “very senior member” of Trump’s transition team to contact Russia and other foreign governments to try to influence them ahead of the vote, the prosecutors said.