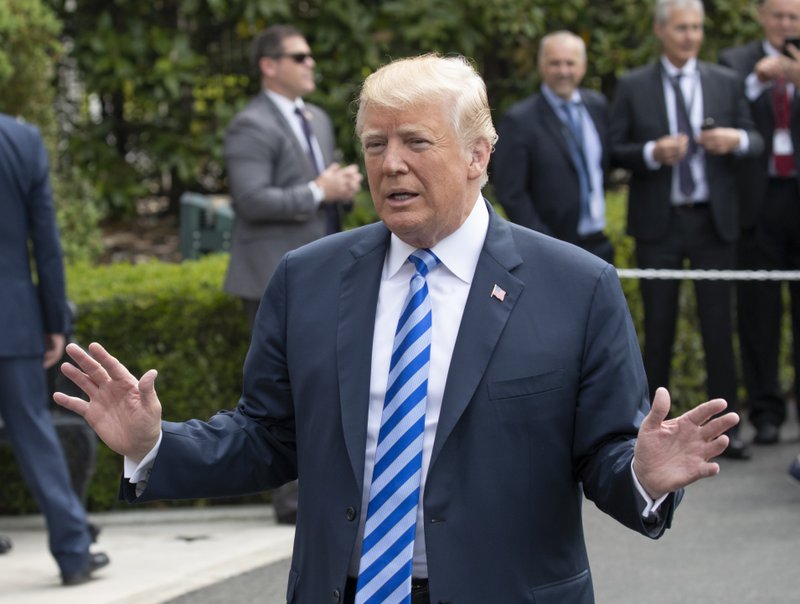 President Donald Trump said Friday he would “love to speak” to special counsel Robert Mueller as part of the Russia investigation but cautioned he would only do so if he’s “treated fairly,” and he again labeled the probe a “witch hunt.”

The president told reporters on the South Lawn of the White House that he would be willing to testify even if members of his newly formulated legal team opposed the move. Trump said if he thought he would be treated fairly, he would “override” the views of his attorneys.

“Nobody wants to speak more than me — in fact, against my lawyers. Because most lawyers say, ‘Never speak with anybody.’ I would love to speak, because we’ve done nothing wrong,” Trump said before departing for Dallas.

But he added, “I have to find that we’re going to be treated fairly because everybody sees it now and it’s a pure witch hunt.”

Trump’s public deliberations came as his legal team is considering whether to allow the president to be interviewed by Mueller’s team, which has been investigating potential coordination between Russia and the Trump campaign, which the president has vehemently denied.

The Mueller probe is also looking at Trump’s firing of former FBI Director James Comey and other actions that might constitute obstruction of justice.

Trump announced this week the hiring of lawyer Emmet Flood, a veteran attorney who represented former President Bill Clinton during his impeachment process, a move that signaled a more aggressive approach to the special counsel investigation.

Trump’s personal attorney, Rudy Giuliani, meanwhile, has echoed the president by saying that the Mueller investigation is a “witch hunt” since joining the president’s team and warned that Trump may face “trap questions” if he consents to an interview.

Flood is replacing attorney Ty Cobb on Trump’s legal team. Cobb has served as a key point person for Mueller’s requests and worked closely with Trump’s personal lawyers. Cobb has urged cooperation with the investigation in hopes of bringing forth a swift conclusion but Flood’s selection has signaled a more combative approach from the president in the case.