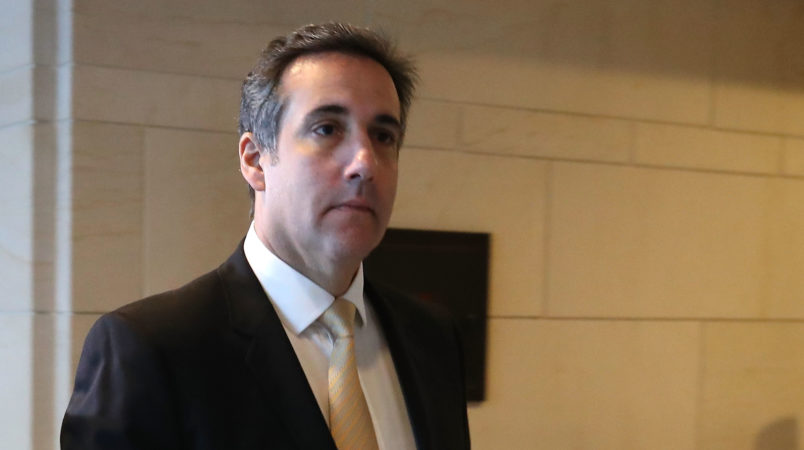 Trump, in a series of tweets fired off from Florida on the morning of former first lady Barbara Bush's funeral, accused The New York Times and one of its reporters of "going out of their way to destroy Michael Cohen and his relationship with me in the hope that he will 'flip'" — a term that can mean cooperating with the government in exchange for leniency.

"Most people will flip if the Government lets them out of trouble," even if "it means lying or making up stories," Trump said, before adding: "Sorry, I don't see Michael doing that despite the horrible Witch Hunt and the dishonest media!"

The FBI raided Cohen's home, office and hotel room earlier this month looking for evidence of fraud as they conduct a criminal investigation. That included records related to payments Cohen made in 2016 to adult film star Stormy Daniels and former Playboy model Karen McDougal, both of whom allege having had sexual encounters with Trump, people familiar with the raid have told The Associated Press.

Prosecutors have said they're investigating Cohen's personal business dealings but haven't said what crime they believe he may have committed. Cohen's lawyers have called the raid an assault on attorney-client privilege and Trump has said it was "an attack on our country.

In the tweets, sent shortly after he arrived at one of his Florida golf courses, Trump accused the newspaper of using "non-existent 'sources'" in a Friday story about the relationship between Trump and Cohen, who has said he would "take a bullet" for his boss. The story quoted several people on the record.

Trump also lashed out personally at one of the story's writers, calling reporter Maggie Haberman "third rate" and claiming he has "nothing to do with" her. Trump later deleted and reposted the tweets correcting the spelling of Haberman's name.

Haberman is widely seen as one of the most diligent reporters covering the president and is known to speak with him often. The Times responded on Twitter, saying it stood by the story and praising Haberman, who was part of the team that just won a Pulitzer Prize for its reporting on Trump.