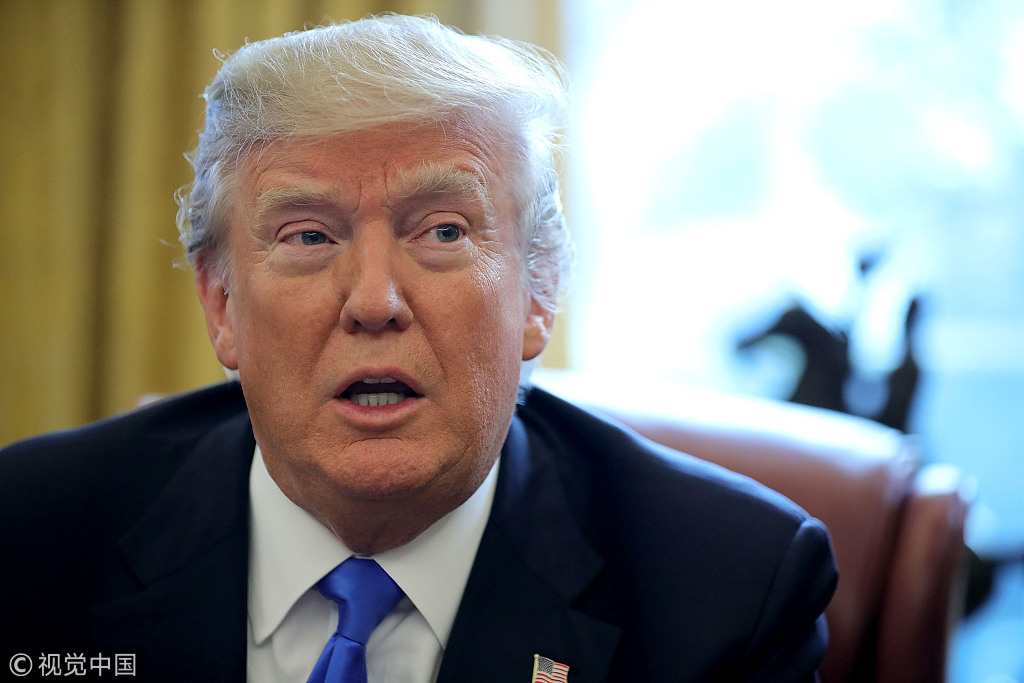 U.S. President Donald Trump said on Wednesday that he saw "a lot of good energy" from the inter-Korean talks on Tuesday, the first of its kind over the past two years.

"Hopefully a lot of good things are going to work out," he added.

Since he took office last January, the Trump administration has resorted to hawkish and threatening rhetoric against the DPRK, and sent warships and conducted joint military drills with South Korea.

Such moves, plus the DPRK's several missile or nuclear tests, have sent the situation on the Korean Peninsula to a simmering extent.

Trump soften his stance over the peninsula security situation on Saturday, saying he is willing to talk with Kim and supports the talks between the two Koreas three days later.

However, he added that any talks will come with prerequisites.

According to a White House statement, Trump, in a phone call on Wednesday morning with his South Korean counterpart Moon Jae-in, said he would be open to talks "at the appropriate time and under the right circumstances."

The DPRK and South Korea started high-level talks on Tuesday at the truce village of Panmunjom that straddles the heavily guarded border between the two neighbors.

A joint press release issued after the dialogue said the DPRK had agreed to send a delegation to the 2018 Winter Olympics to kick off in February in South Korea's eastern county of Pyeongchang, and the 2018 Paralympics in March.

Seoul and Pyongyang also agreed to hold a separate dialogue between their military authorities after agreeing that they should make joint efforts to ease military tensions and create a peaceful environment on the Korean Peninsula, among others.