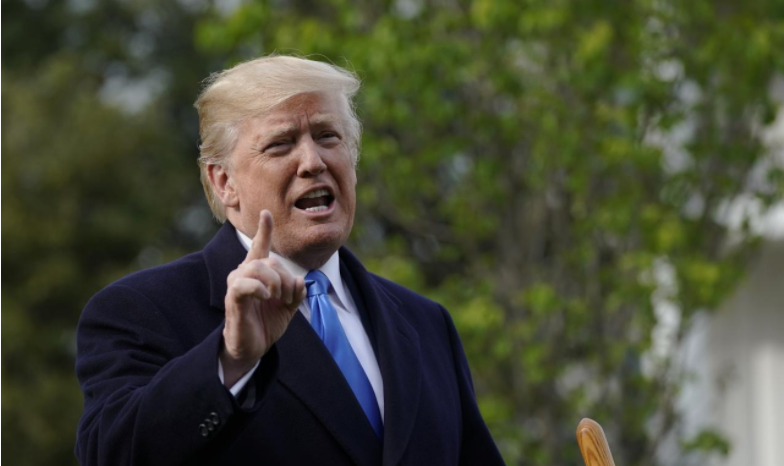 US President Donald Trump speaks during a tree planting ceremony with French President Emmanuel Macron on the South Lawn of the White House in Washington, US, April 23, 2018. (Photo: Reuters)

US President Donald Trump said on Tuesday that a new NAFTA trade deal could be completed quickly, as ministers from Canada, Mexico and the United States prepared to meet later in the day to try to work out their differences and hash out an agreement.

“NAFTA, as you know, is moving along. They (Mexico) have an election coming up very soon. And it will be interesting to see what happens with that election,” Trump said at a cabinet meeting briefly attended by reporters.

“But we’re doing very nicely with NAFTA. I could make a deal really quickly, but I’m not sure that’s in the best interests of the United States. But we’ll see what happens,” he added.

Guajardo said that flexibility will be needed to reach an agreement on a revamped North American Free Trade Agreement deal.

He also underscored that Mexico would not accept any US tariffs on aluminum or steel, saying that a revised NAFTA should serve to settle the issue with its northern neighbor.

Asked by reporters if a deal was imminent, Guajardo said: “Any day that you start (to) walk towards a goal nobody can guarantee that you will achieve it, (it) depends on the commitment and flexibilities around the table.”

Negotiators have said a new NAFTA could be possible by early May, and officials hailed progress on the key issue of new automotive sector rules last week.

“In the coming 10 days we can really have a new agreement in principle,” said Moises Kalach, head of the international negotiating arm of the CCE business lobby, which represents the Mexican private sector at the NAFTA talks.

The three sides still need to iron out differences on content rules for autos, dispute resolution mechanisms and other issues.

“As soon as there is political will from the American government to go for a final deal, I think we can close this,” Kalach told Mexican radio. “We’ve had all our (negotiating) teams in Washington for two weeks and we will continue working all this week, the weekend and into next week.”

Guajardo also said there was no need for a separate deal with the United States on steel and aluminum by May 1 when the current exemption on US tariffs expires.

“I think whatever we do has to take into account the kind of commitment that we’re going to do in NAFTA, and definitely, Mexico has been very clear: we will not accept any type of restrictions in aluminum or steel,” he said.

Last month, Trump pressed ahead with import tariffs of 25 percent on steel and 10 percent for aluminum but exempted Canada and Mexico and offered the possibility of excluding other allies.