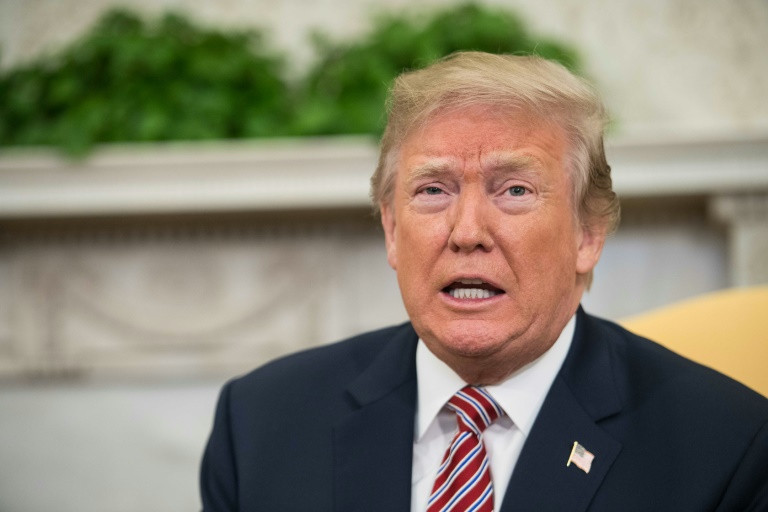 In a series of tweets, President Donald Trump opened the door to military attacks against the Kremlin's Syrian allies and voiced the toughest anti-Russian rhetoric of his presidency (Photo: AFP)

US President Donald Trump claimed ties with Russia are worse than during the Cold War -- and angrily blamed special investigator Robert Mueller for fuelling "bad blood" with Moscow on Wednesday.

In a series of Twitter broadsides that coincided with Russia-focused segments on his favored channel Fox News, Trump opened the door to military attacks against the Kremlin's Syrian allies and voiced the toughest anti-Russian rhetoric of his presidency.

"Our relationship with Russia is worse now than it has ever been, and that includes the Cold War. There is no reason for this," Trump said.

Trump mocked Moscow's threat to shoot down any US missiles targeting Syria and pilloried Moscow for its ties to the regime of Bashar al-Assad.

"Russia vows to shoot down any and all missiles fired at Syria," he said. "Get ready Russia, because they will be coming, nice and new and 'smart!' You shouldn't be partners with a Gas Killing Animal who kills his people and enjoys it!"

His comments came minutes after Fox News featured a commentator talking about Moscow's threat to shoot down missiles and of "grave repercussions."

The White House could not confirm which weapons system the president was referring to.

The mercurial US leader notably avoided criticizing Vladimir Putin personally and -- once more -- held out the prospect of long-promised cooperation with Moscow, including a summit on arms control that was first mooted a year ago.

Like a succession of US presidents -- Republican and Democrat -- Trump has unsuccessfully tried to "reset" relations with Putin, despite his more overt courtship of the former KGB spy.

"Russia needs us to help with their economy, something that would be very easy to do, and we need all nations to work together. Stop the arms race?" he tweeted Wednesday.

Amid warnings that firing special counsel Robert Mueller would be "suicide" and could end his presidency, Trump unexpectedly blamed Mueller for preventing better ties with Russia.

"Much of the bad blood with Russia is caused by the Fake & Corrupt Russia Investigation, headed up by the all Democrat loyalists, or people that worked for Obama," Trump claimed.

The former FBI director is investigating Russia's efforts to tilt the 2016 presidential election in Trump's favor and has charged several of president's inner circle with various crimes including money laundering and lying under oath.

Mueller is a registered Republican, appointed as FBI director by George W. Bush and named as special counsel during Trump's tenure.

Trump has repeatedly denied colluding with Russia to influence the election, including Wednesday, when he stated there was "No Collusion or Obstruction (other than I fight back)."