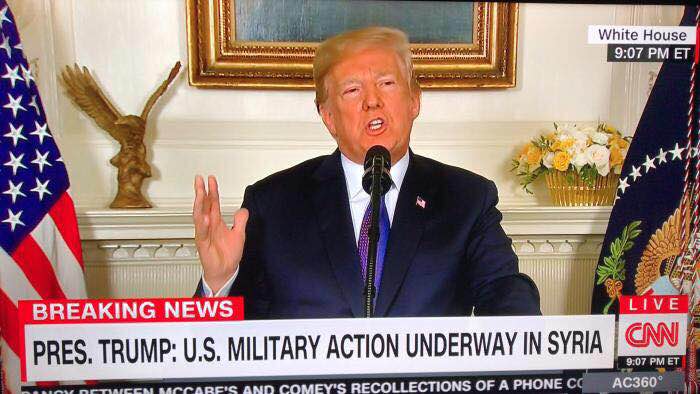 US President Donald Trump was set to address the nation at 9:00 pm (0100 GMT Saturday) on the situation in Syria, and how he plans to respond to an alleged chemical weapons attack outside Damascus, US media reported.

Trump spent the last few days huddling with his senior military advisors, and speaking to allies France and Britain, in deciding what action to take after the deadly attack in Douma, the largest town in the former rebel-held bastion of Eastern Ghouta.

Fox News reported that the Trump administration had taken the decision to strike Syria, citing an unnamed administration official, but without saying whether the attack had been launched.

US naval assets would be involved in the operation, including the USS Donald Cook which is in the region, while British Prime Minister Theresa May had authorized the use of submarines as a show of support, the official told the network.