HEADLINE Trump says to address trade, immigration in State of the Union speech

Trump says to address trade, immigration in State of the Union speech 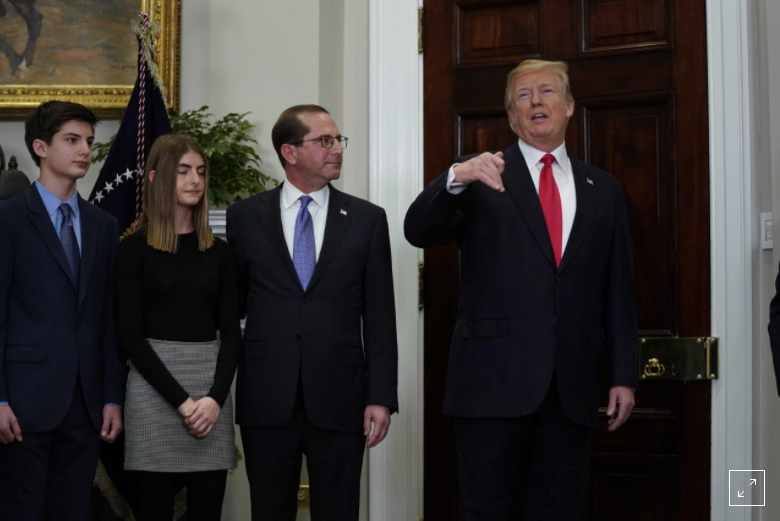 US President Donald Trump speaks while participating in the swearing-in ceremony for the Secretary of the Department of Health and Human Services (HHS) Alex Azar at the White House in Washington, US, January 29, 2018. Photo: Reuters/Jonathan Ernst

President Donald Trump said on Monday he will address his proposed immigration overhaul in his State of the Union speech on Tuesday and will seek Democratic support for it.

Speaking to reporters after a swearing-in ceremony for new Health and Human Services Secretary Alex Azar, Trump said his immigration overhaul will have to be bipartisan “because the Republicans don’t really have the votes to get it done in any other way.”

Trump also said his speech will cover his efforts to lower trade barriers around the world for American exports. “We have to have reciprocal trade. It’s not a one-way deal anymore,” he said.