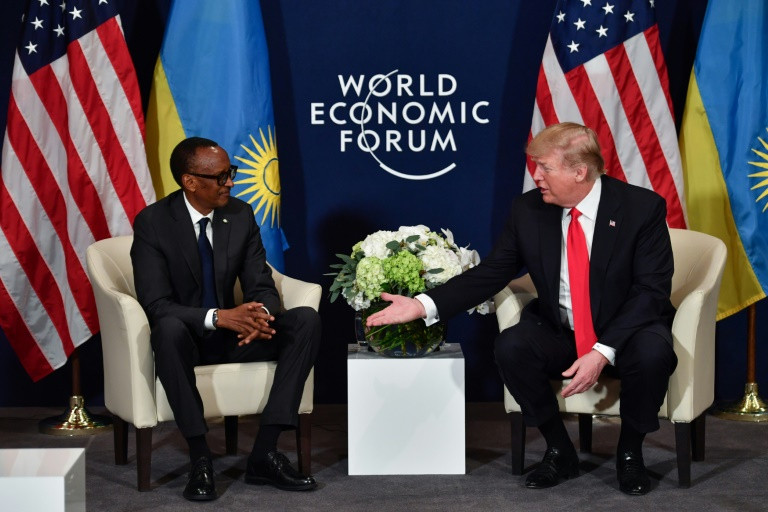 US President Donald Trump on Friday asked the African Union chairman to pass on his "warmest regards" to other regional leaders at a summit this weekend, after sparking outrage with a reported slur against Africans.

The outspoken US leader congratulated Rwandan President Paul Kagame on taking over as chair of the African bloc, which Trump said was a "great honour".

"I know you're going to your first meeting shortly. Please give my warmest regards," Trump told Kagame after they held a one-on-one meeting at the World Economic Forum in Davos, Switzerland.

The US president ignored questions shouted by journalists about his reported dismissal this month of African nations as "shithole countries", during a meeting on immigration with congressional leaders.

The reported remark drew outrage around the world and prompted several African governments to demand explanations from their US ambassadors.

The 55-nation African Union chaired by Kagame demanded an apology, although Trump has denied making the remark as relayed by US lawmakers who were present at the meeting.

Trump said he had "tremendous discussions" in Davos with Kagame, who for his part said they had "good discussions" about the economy and trade.