Trump shows Xi and Peng video clips of his granddaughter 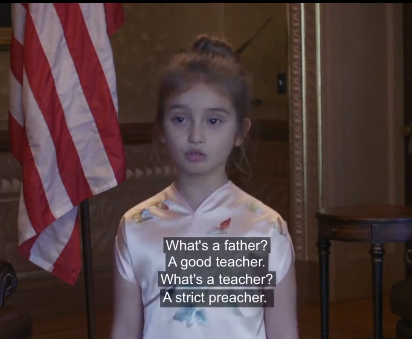 With a tablet computer, visiting US President Trump showed Xi and Peng video clips of his granddaughter, Arabella Kushner, singing in mandarin and reciting a part of the Three-Character Classic and ancient Chinese poems on November 8. Xi spoke highly of the child's Chinese skills and said her performance deserves an "A+."

Arabella is already a child star in China, said Xi, adding that he hoped she would visit China in the future.