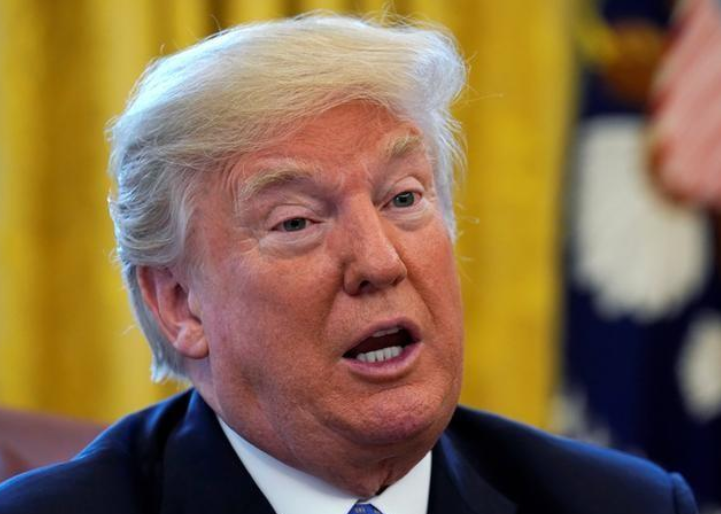 US President Donald Trump speaks during an interview with Reuters at the White House in Washington, US, January 17, 2018. Photo: Reuters/Kevin Lamarque

The White House on Wednesday praised an experimental program in Oregon that charges a mileage tax to volunteer drivers, adding to signals that President Donald Trump is open to finding new revenue sources to pay for his proposed infrastructure program.

Many of Trump’s fellow Republicans, however, dislike the idea of a transportation tax as it would go against the grain of the party’s push to lower taxes and could hit Republican-leaning rural areas harder than cities.

In the annual Economic Report of the President, the White House described Oregon - a Democratic-leaning state where environmental issues are a priority for many voters - as a “pioneer” in transportation funding and highlighted its funding initiative, which began in 2015.

Volunteers are charged a fee of 1.7 cents for each mile driven on state roads. In return, drivers get rebates for state fuel taxes. As of the end of 2016, only about 700 people were participating in the program, which is intended to gather data and generate consumer feedback.

“The program offers tangible evidence that a tax on vehicle miles traveled is a promising alternative to relying on fuel taxes,” the report said.

Kevin Hassett, chairman of the White House Council of Economic Advisers, described Oregon’s mileage tax as “innovative” in a conference call with reporters and made clear the Trump administration was open to looking at ways to raise revenue for infrastructure projects.

Trump last week called for using $200 billion in new federal spending over 10 years in an effort to stimulate $1.5 trillion in infrastructure spending. It would largely see states shoulder most costs and rely on unspecified spending cuts to pay for repairs.

The federal tax of 18.4 cents per gallon of gasoline has not been hiked since 1993. The federal tax on diesel fuel is 24.4 cents a gallon. The money raised from those taxes is used to pay for infrastructure repairs but has failed to keep up with costs as cars became more fuel-efficient.

Hassett said the administration was still looking at the “pluses and minuses” of different ways to pay for infrastructure.

“There’s a lot of discussion that will continue to evolve, I’m sure, as the infrastructure legislation moves forward, about how should we pay for this stuff,” Hassett said.

In a private meeting with lawmakers last week to discuss infrastructure, Trump expressed support for hiking the federal gasoline tax by 25 cents a gallon, according to Democratic Senator Tom Carper, who attended the meeting.

The report also boosted the idea of driverless cars, estimating autonomous cars “could add more than $200 billion to GDP, 2.4 million jobs and $90 billion in wages to the US labor force” once they account for half of US vehicles.