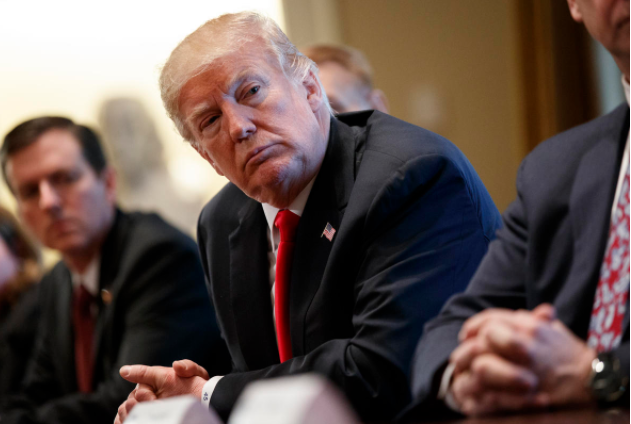 Washington (People's Daily) - US President Donald Trump announced a 25 percent tariff on steel imports and a 10 percent tariff on aluminum imports, exempting Canada and Mexico temporarily while leaving the door open for other countries on March 8.

Trump offered Canada a temporary exemption with the possibility for an extension depending on how North American Free Trade Agreement (NAFTA) renegotiations proceed.

The latest round of trade tariffs was met with wide opposition out of retaliatory concerns and global economy wreckage.

Prasad, who is also a Senior Fellow at the Brookings Institution, said the recent measures offer little room for potential benefits while at the same time hurt the US economy, especially in the employment and growth sectors.

“The Trump administration clearly views the US as a victim to the unfair and predatory trading practices of other countries, a deep-rooted sentiment that seems to have overwhelmed the arguments in favor of free trade and the broad business interests that traditionally serve as a counterweight to such protectionist impulses,” said Prasad.

Trump revisited the idea of using tariffs as leverage in trade bargaining and other talks. In a statement, he said that flexibility would be extended only to countries that “treat us fairly in both trade and the military.”US Defense Secretary Jim Mattis and Secretary of State Rex Tillerson said that overly broad tariffs would damage key security ties with its allies.

“We urge you to reconsider the idea of broad tariffs to avoid unintended negative consequences to the US economy and its workers,” the letter said.

“Because tariffs are taxes that make US businesses less competitive and US consumers poorer, any tariffs that are imposed should be designed to address specific distortions caused by unfair trade practices in a targeted way while minimizing negative consequences on American businesses and consumers.”

Earlier in the week, Trump suggested he would exclude Canada and Mexico from the new levies only if they made concessions in negotiations aimed at reaching a new NAFTA deal.

European Union officials showed an array of tariffs on Wednesday that they would place on American-made goods if the US followed through on President Trump’s plan to impose penalties on imported steel and aluminum.

The president’s former top economic adviser, Gary D. Cohn tendered his resignation earlier this week, and many believe his departure was linked to Trump’s trade plan.

According to Reuters, the US trade deficit increased to a more than nine-year high in January, with the shortfall with China widening sharply, suggesting that Trump’s “America First” trade policies aimed at eradicating the deficit will likely fail.