Trump speaks with Turkey's Erdogan amid escalating tensions over Syria 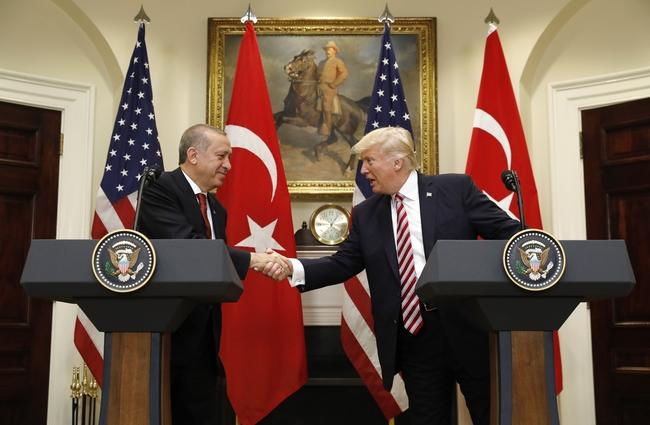 US President Donald Trump on Friday spoke with his Turkish counterpart Recep Tayyip Erdogan as bilateral relations continue to be strained over Turkey's military operations in Syria.

According to a statement from the White House, the two leaders discussed "regional developments and the strategic partnership" between the United States and Turkey.

They "expressed support for continued efforts to increase cooperation between their two countries, to advance shared interests as NATO allies, and to work through issues that affect the bilateral relationship," said the White House.

Turkey has no intention of harming soldiers of allied nations positioned in the region, but it could not allow the People's Protection Units (YPG) to roam free, Erdogan said.

Turkey repeatedly urged the United States and the U.S.-backed YPG to retreat from Syria's Manbij, where 2,000 American troops are stationed.

Turkey launched Operation Olive Branch on Jan. 20 to clear the YPG, which Ankara considers a terror group affiliated to the Kurdistan Workers' Party, from northwestern Syria.