HEADLINE Trump tells advisers he wants US out of Syria: senior officials

Trump tells advisers he wants US out of Syria: senior officials 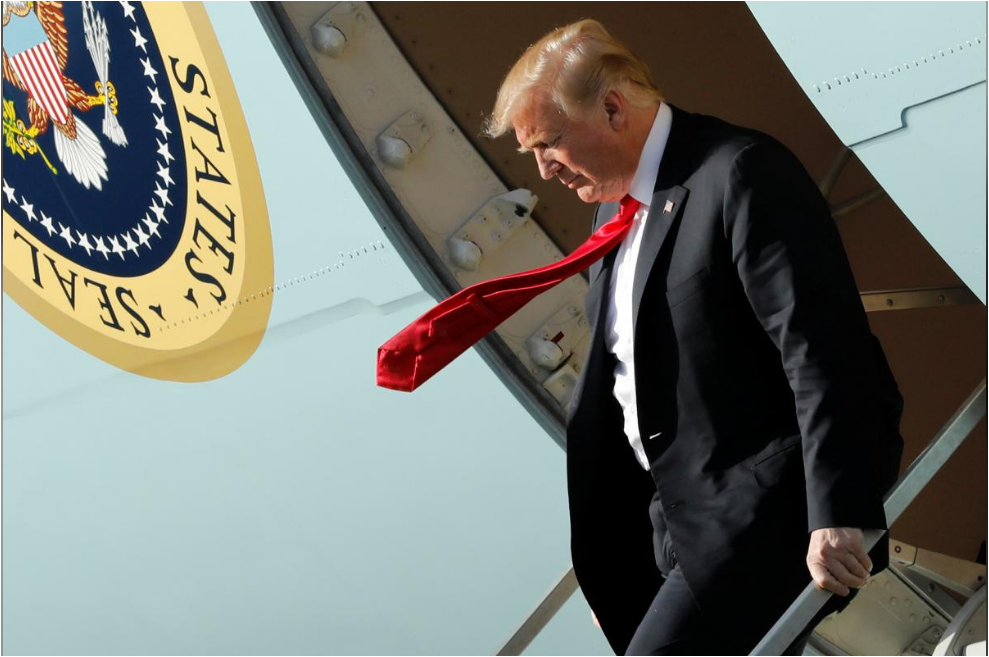 President Donald Trump has told advisers he wants an early exit of US troops from Syria, two senior administration officials said on Friday, a stance that may put him at odds with US military officials who see the fight against Islamic State as nowhere near complete.

A National Security Council meeting is set for early next week to discuss the US-led campaign against Islamic State in Syria, according to US officials familiar with the plan.

Two other administration officials confirmed a Wall Street Journal report on Friday that said Trump had ordered the State Department to freeze more than $200 million in funds for recovery efforts in Syria while his administration reassesses Washington’s role in the conflict there.

Trump called for the freeze after reading a news report that the US had recently committed an additional $200 million to stabilize areas recaptured from Islamic State, the paper said.

The funding was announced by departing Secretary of State Rex Tillerson in February at a meeting in Kuwait of the global coalition against Islamic State.

The decision to freeze the funds was in line with Trump’s declaration during a speech in Richfield, Ohio, on Thursday, where he said it was time for America to exit Syria.

A spokesperson for the White House’s National Security Council said that “in line with the President’s guidance, the Department of State continually re-evaluates appropriate assistance levels and how best they might be utilized, which they do on an ongoing basis.”

“We’ll be coming out of Syria, like, very soon,” Trump said on Thursday, based on allied victories against Islamic State militants.

“Let the other people take care of it now. Very soon, very soon, we’re coming out,” Trump said. “We’re going to get back to our country, where we belong, where we want to be.”

Trump’s comments came as France said on Friday it could increase its military presence in Syria to bolster the US-led campaign.

While the Pentagon has estimated that Islamic State has lost about 98 percent of the territory it once held in Iraq and Syria, US military officials have warned that the militants could regain the freed areas quickly unless they are stabilized.

Trump still needs to be convinced of that, said the US officials with knowledge of the NSC meeting.

The two administration officials who confirmed the Wall Street Journal report and spoke to Reuters on condition of anonymity said Trump’s comments on Thursday reflected internal deliberations with advisers in which he has wondered aloud why US forces should remain with the militants on their heels.

Trump has made clear that “once ISIS and its remnants are destroyed that the United States would be looking toward having countries in the region playing a larger role in ensuring security and leaving it at that,” one official said.

Such a policy is nowhere near complete, however, the official added.

The second official said Trump’s national security advisers have told him US forces should stay in small numbers for at least a couple of years to make sure gains against the militants are held and ensure Syria does not essentially become a permanent Iranian base.

Top national security aides discussed Syria in a White House meeting recently but have yet to settle on a strategy for US forces in Syria to recommend to Trump going forward, the official said.

“So far he has not given an order to just get out,” the official said. About 2,000 US troops are deployed in Syria.

Trump last year went through a similar wrenching debate over whether to withdraw US forces from Afghanistan, ultimately agreeing to keep them there but only after repeatedly raising questions of why they should stay.

Trump’s view on Syria may put him at odds with those of former US ambassador to the United Nations John Bolton, named by Trump a week ago to replace H.R. McMaster as White House national security adviser.