Trump tells Macron US to pull out of Iran nuclear deal 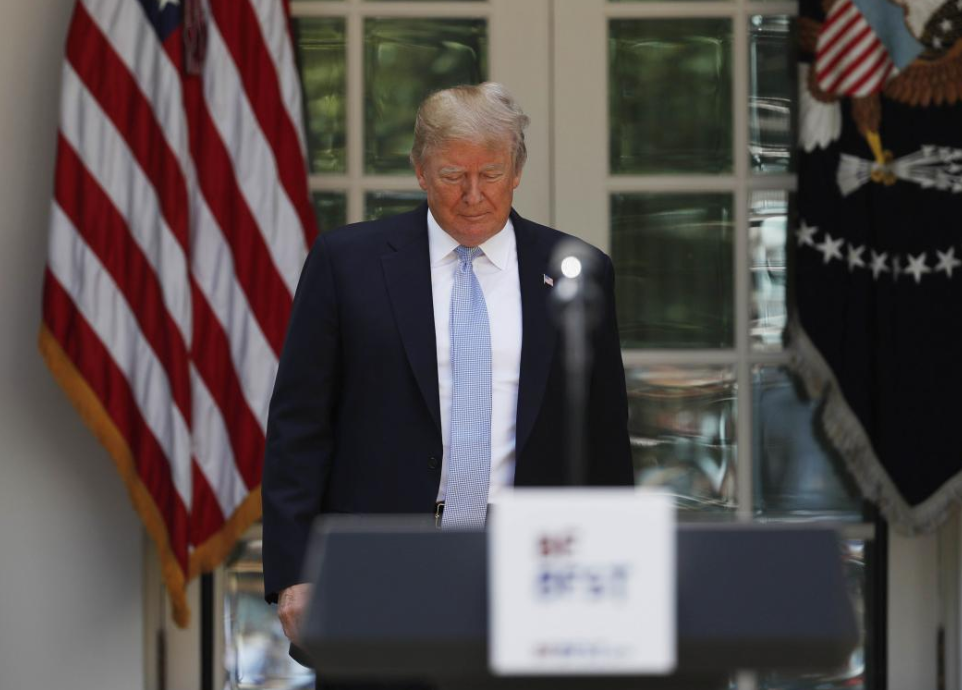 US President Donald Trump arrives for the launch of first lady Melania Trump's "Be Best" initiative in the Rose Garden at the White House in Washington, US, May 7, 2018. REUTERS/Kevin Lamarque

US President Donald Trump told French President Emmanuel Macron on Tuesday that the United States was going to pull out of the international nuclear agreement with Iran, the New York Times reported, citing a person briefed on the conversation.

The source said the United States is preparing to reinstate all sanctions it had waived as part of the deal and impose additional economic penalties, the Times reported.

One senior European official closely involved in Iran diplomacy told Reuters that US officials had indicated late on Monday that Trump would withdraw from the agreement but it remained unclear on what terms and whether sanctions would be reimposed.

The 2015 deal, the signature foreign policy achievement of Trump’s predecessor Barack Obama, eased sanctions on Iran in exchange for Tehran limiting its nuclear program to prevent it from being able to make an atomic bomb.

Trump has frequently criticized the Iran accord because it does not address Iran’s ballistic missile program, its nuclear activities beyond 2025, nor its role in conflicts in Yemen and Syria.

Iran has ruled out renegotiating the accord and threatened to retaliate, although it has not said exactly how, if Washington pulled out.