HEADLINE Trump to meet Kim Jong-un by May

Trump to meet Kim Jong-un by May 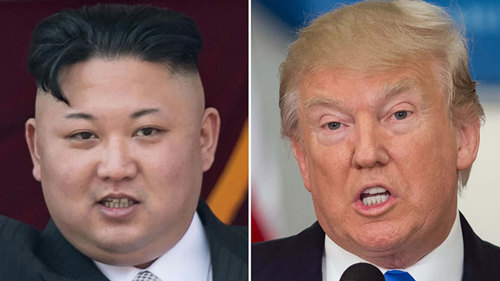 "President Trump greatly appreciates the nice words of the South Korean delegation and President Moon. He will accept the invitation to meet with Kim Jong-un at a place and time to be determined. We look forward to the denuclearization of North Korea. In the meantime, all sanctions and maximum pressure must remain," White House press secretary Sarah Sanders announced in a statement.

Trump tweeted, "Kim Jong Un talked about denuclearization with the South Korean Representatives, not just a freeze. Also, no missile testing by North Korea during this period of time. Great progress being made but sanctions will remain until an agreement is reached. Meeting being planned!"

Earlier this week, DPRK's leader Kim Jong-un said he's willing to hold talks with the United States on the denuclearization, and he will “refrain from any further nuclear or missile tests” during the negotiation, but North Korea's national security should be guaranteed in the first place.

If the US and the DPRK's meeting is achieved, this will be the first time for these two leaders to meet each other.

"Trump's approach to North Korea has wavered between bellicose rhetoric and expressions of openness to diplomacy -- with the President saying the US would rain 'fire and fury' on North Korea one day and then saying he would consider speaking directly with the country's leader under the right circumstances," commented CNN.