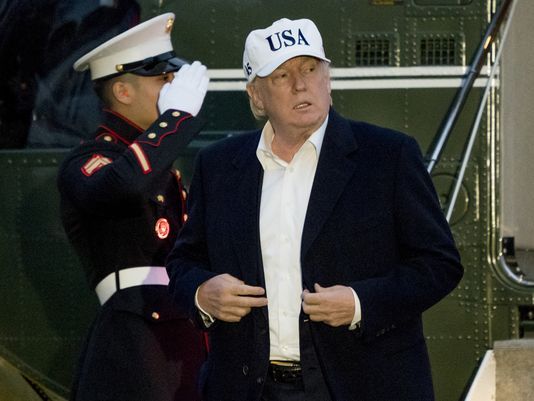 U.S. President Donald Trump will unveil a national security strategy report on Monday, the first of its kind since he took office and the 17th since the Reagan administration began to submit such a report to Congress in 1987, officials said Sunday.

The doctrine was reportedly meant to guide future U.S. policies and help the country regain advantages in "an ever competitive world" where U.S. interests, the White House argued, were often undermined by shifts in global balance of power.

According to Michael O'Hanlon, a senior fellow on foreign policy at the Brookings Institution, Trump's upcoming report shows "there is a sense among some of the top team" in the White House that other nations are taking advantage of the United States.

Dan Mahaffee, senior vice president and director of policy at the Center for the Study of the Presidency and Congress, also told Xinhua that the upcoming security strategy reflects the U.S. position that future geopolitical challenges will be less about the ongoing conflicts in the Middle East, Africa and Afghanistan, but "much more about the challenges posed by peer competitors in a range of domains from maritime conflicts to cyberspace and space."