Trump to work with China to promote peace, prosperity: McMaster 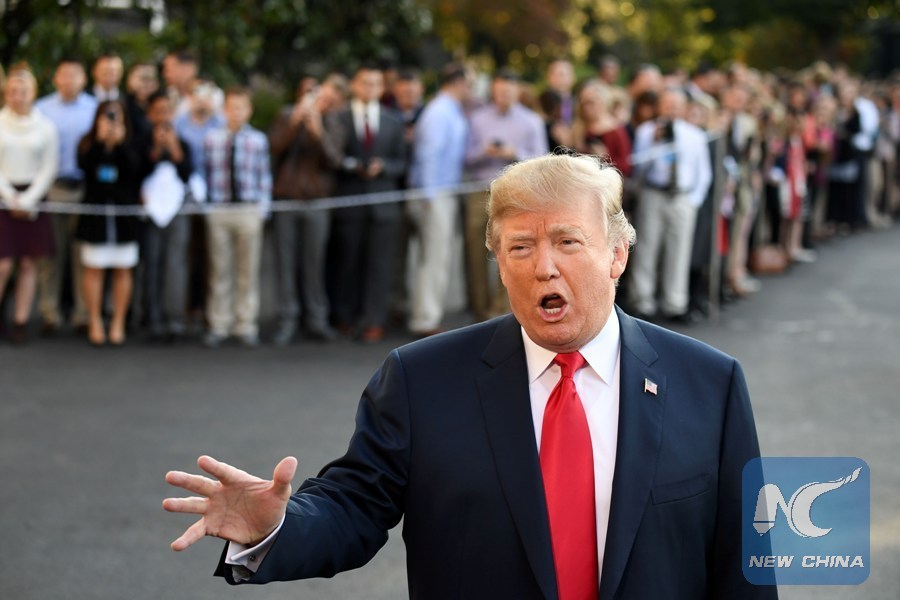 U.S. President Donald Trump speaks to the media before departing the White House in Washington D.C., the United States, on Nov. 3, 2017. Photo: Xinhua

U.S. National Security Adviser H.R. McMaster said here on November 2, 2017 that President Donald Trump looks forward to his upcoming visit to China and is ready to work with Beijing to promote peace and prosperity in the region and beyond.

China is "an immensely important part of ... regional security as well as protecting and advancing the systems that have benefitted all of us," McMaster told reporters.

"These are really the rule-based security, economic, political and diplomatic organizations and systems that emerged after the bloodiest war in human history in the previous century," he added. "We have to really work hard to preserve and advance what has lifted so many people out of poverty, and what has prevented great-power conflict for 70 years. We cannot take it for granted."

"So I know the president is committed to working with China, with President Xi in particular, and with all leaders in the region, to make sure that for the next 70 years, we enjoy a degree of prosperity and security we've enjoyed over the past 70 years," he said.

Trump will start his 12-day Asia trip on Friday to Japan, South Korea, China, Vietnam and the Philippines. He will participate in a string of multilateral engagements like the Asia Pacific Economic Cooperation (APEC) Economic Leaders' Meeting and the Association of Southeast Asian Nations summit in the last two legs of the trip.