HEADLINE Trump: "Trade wars are good, and easy to win"

Trump: "Trade wars are good, and easy to win" 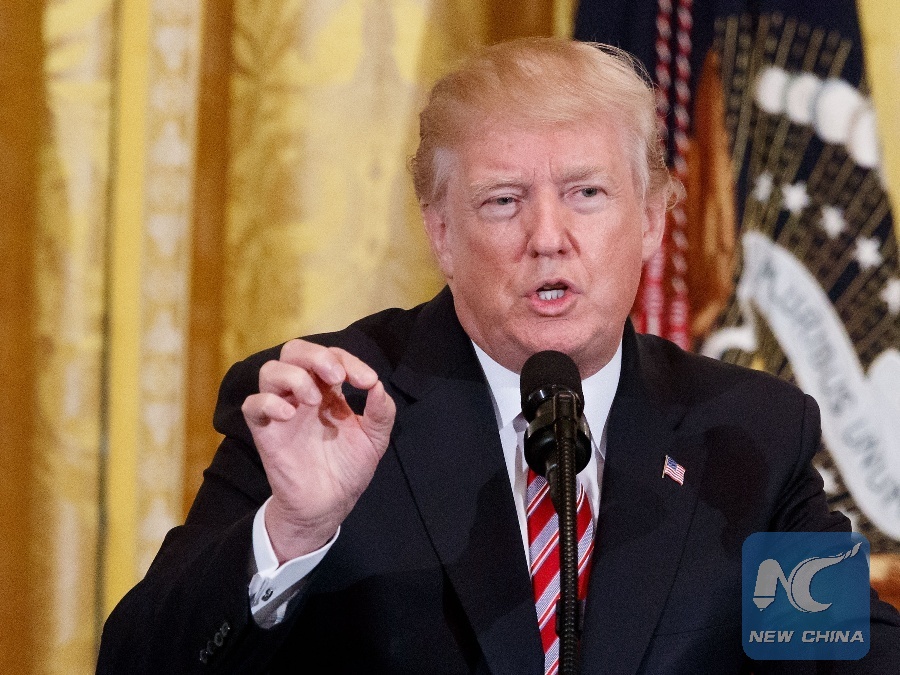 US President Donald Trump said on Friday trade wars were good and easy to win, striking a defiant tone after global criticism of his plan to slap tariffs on imports of steel and aluminum that triggered a slide in world stock markets.

The European Union pledged firm counter-measures, China urged Trump to show restraint and Canada, the biggest supplier of steel and aluminum to the United States, said it would retaliate if it is hit by US duties.

Trump said on Thursday that tariffs of 25 percent on steel imports and 10 percent on aluminum, designed to safeguard American jobs in the face of cheaper foreign products, would be formally announced next week.

“When a country (USA) is losing many billions of dollars on trade with virtually every country it does business with, trade wars are good, and easy to win,” Trump tweeted on Friday.

“Example, when we are down $100 billion with a certain country and they get cute, don’t trade anymore-we win big. It’s easy!” the US president wrote. 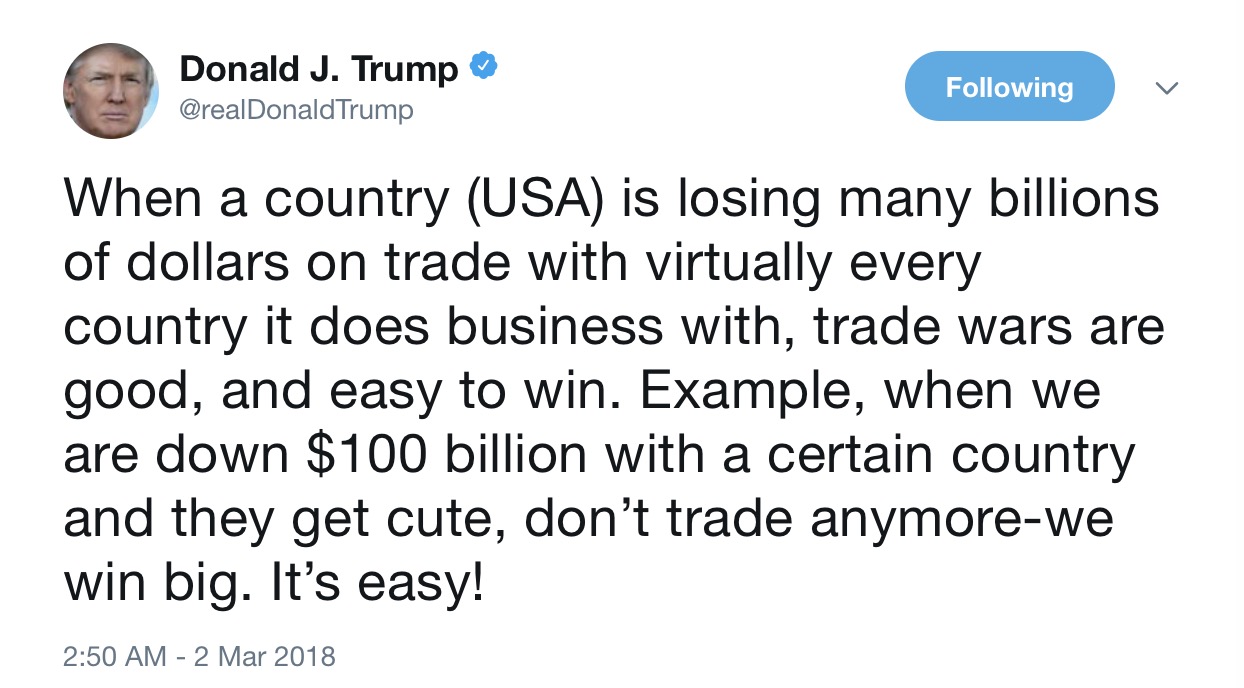 The European Commission, the EU executive, called the tariffs a blatant intervention that amounted to protectionism.

While promising to act “firmly”, the European Union, which sees itself as a global counterweight to a protectionist-leaning Trump, made no mention of retaliation but spoke of counter-measures that confirm with World Trade Organization (WTO) rules.

“We don’t see this as a situation where, like in a zero-sum game, one party loses because another party wins. Trade is beneficial for everyone. It needs to take place on the basis of rules and these rules are in place.”

Safeguard measures, last deployed by Europe in 2002 after then US President George W. Bush imposed steel import duties, would be designed to guard against steel and aluminum being diverted to Europe from elsewhere if US tariffs come in.

But to conform with WTO rules such measures would have to apply to imports from all countries and could also hit producers from China, India, Russia, South Korea to Turkey.