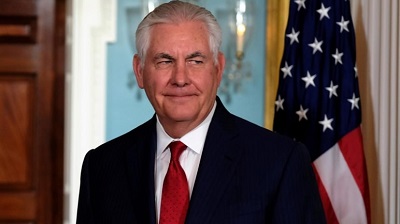 Los Angeles (People’s Daily) - Friday afternoon amid heavy week-long media certainty on the fate of US Secretary of State Rex Tillerson’s position at the White House, Trump dropped a surprise tweet that read, “The media has been speculating that I fired Rex Tillerson or that he would be leaving soon - FAKE NEWS! He’s not leaving and while we disagree on certain subjects, (I call the final shots) we work well together and America is highly respected again!”

It’s business as usual for Tillerson as he prepares for his official Europe trip next week. 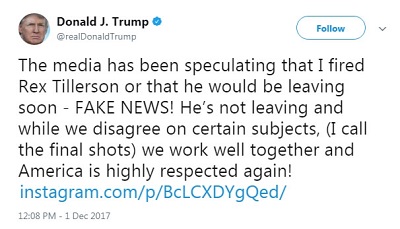