Beijing (People's Daily) - US President Donald Trump thanked China for its "beautiful welcome" in the only way he knows how—through Twitter.

After arriving in Beijing, Trump and his wife Melania were invited to visit the Palace Museum, also known as the Forbidden City, with Chinese President Xi Jinping and first lady Peng Liyuan.

Trump said positive things during the visit. After the trip, he sent two tweets at night to express his appreciation. 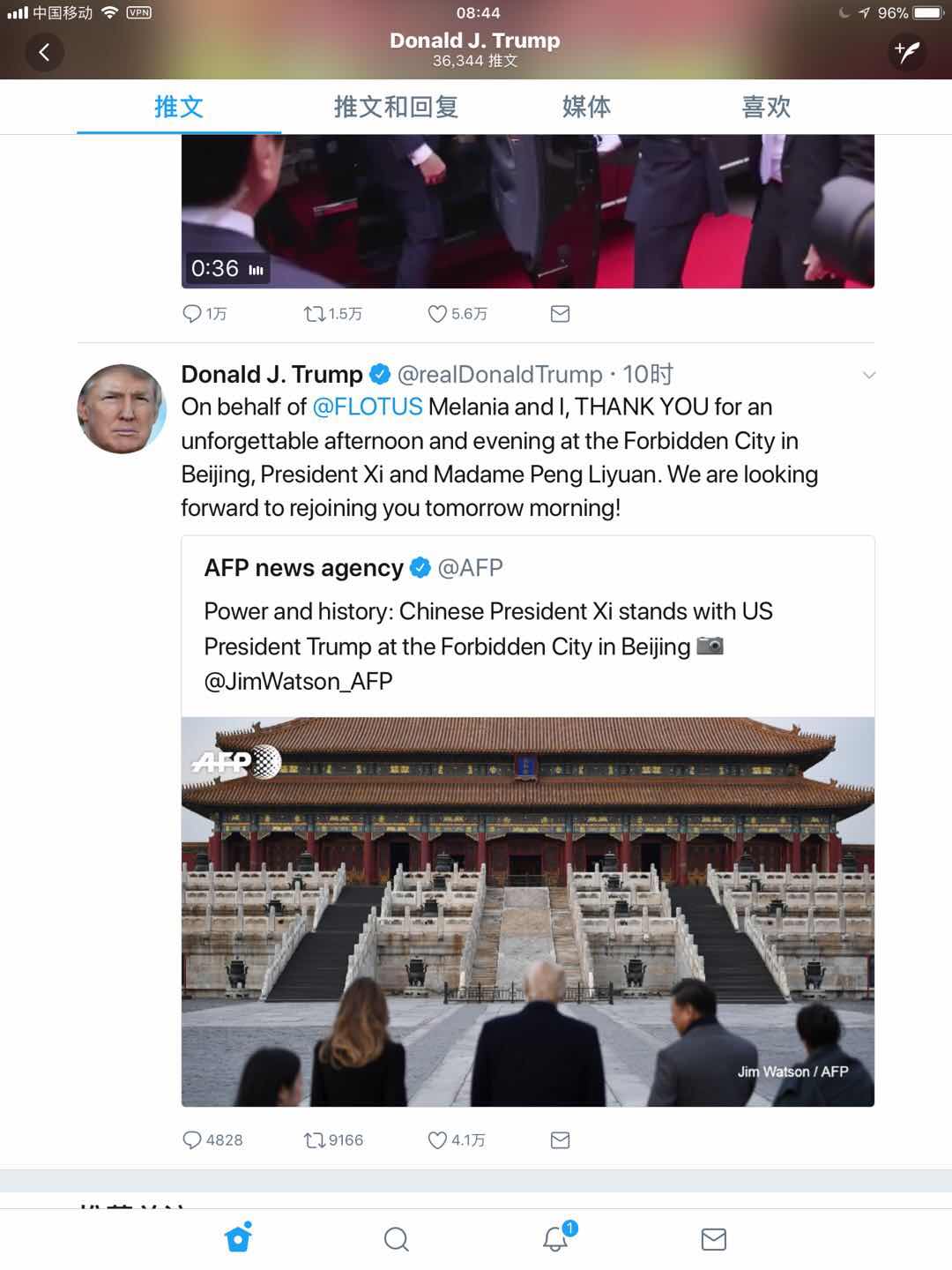 At 10 pm Wednesday, Trump said on Twitter, “On behalf of @FLOTUS Melania and I, THANK YOU for an unforgettable afternoon and evening at the Forbidden City in Beijing, President Xi and Madame Peng Liyuan. We are looking forward to rejoining you tomorrow morning!” 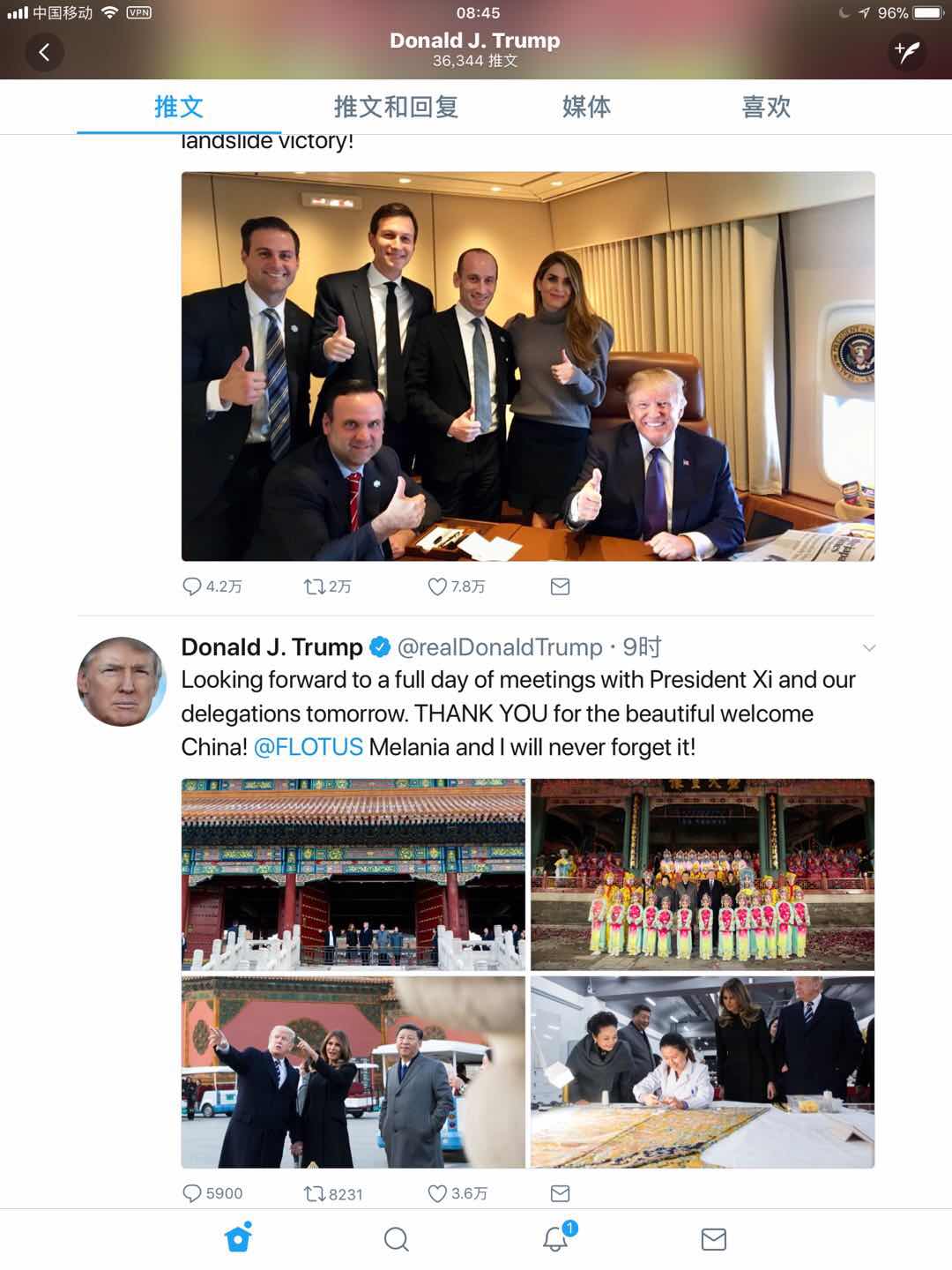 Beyond the two tweets, Trump also changed his Twitter cover into the group photo with Peking Opera performers taken at the Palace Museum.