Los Angeles (People’s Daily) – US President Donald Trump expressed his appreciation and said he looks forward to building a “stronger relationship” with China in his tweet talking about his trip to China and meeting with Chinese President Xi Jinping.

Regarding China-US relations, Trump had nothing but positive words. “In the coming months and years ahead I look forward to building an even STRONGER relationship between the United States and China,” he tweeted. 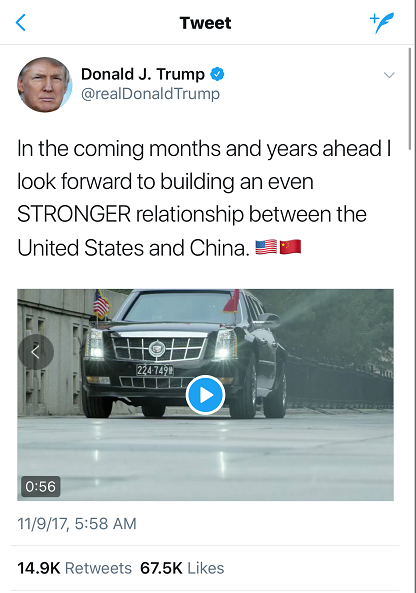 In another tweet, Trump praised his meetings with President Xi calling them “productive” in both trade and international issues. “My meetings with President Xi Jinping were very productive on both trade and the subject of North Korea. He is a highly respected and powerful representative of his people. It was great being with him and Madame Peng Liyuan!”, Trump tweeted. 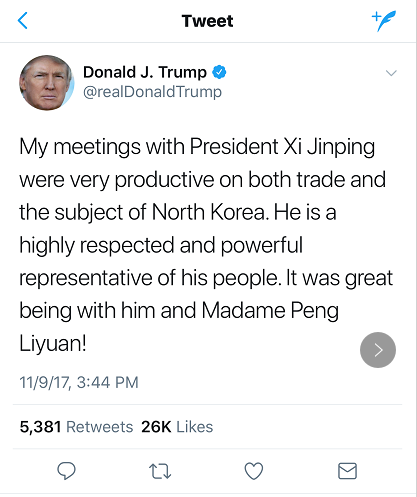 He also tweeted how impressed he was with the elaborate welcome ceremony given to him by Chinese President Xi Jinping in Beijing.  “President Xi, thank you for such an incredible welcome ceremony. It was a truly memorable and impressive display!”, Trump tweeted. 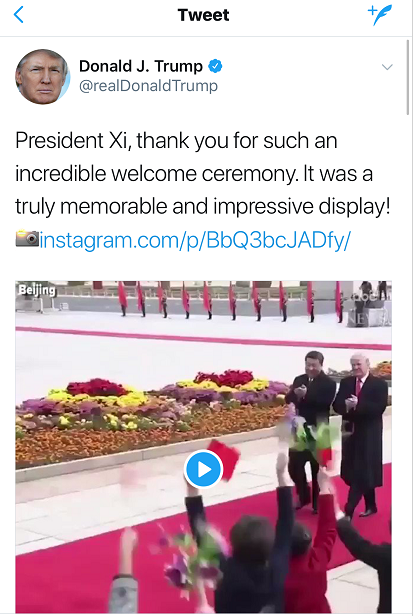 Later in another tweet, Trump took aim at how past US Administrations have handled the trade deficit, “I don’t blame China, I blame the incompetence of past Admins for allowing China to take advantage of the U.S. on trade leading up to a point where the U.S. is losing $100’s of billions. How can you blame China for taking advantage of people that had no clue? I would’ve done same!”, Trump wrote in his Twitter. 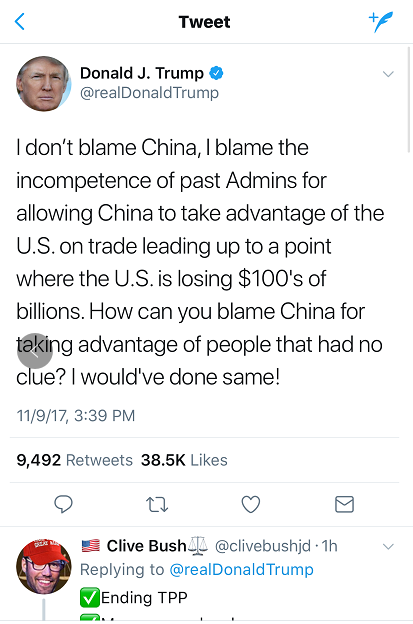