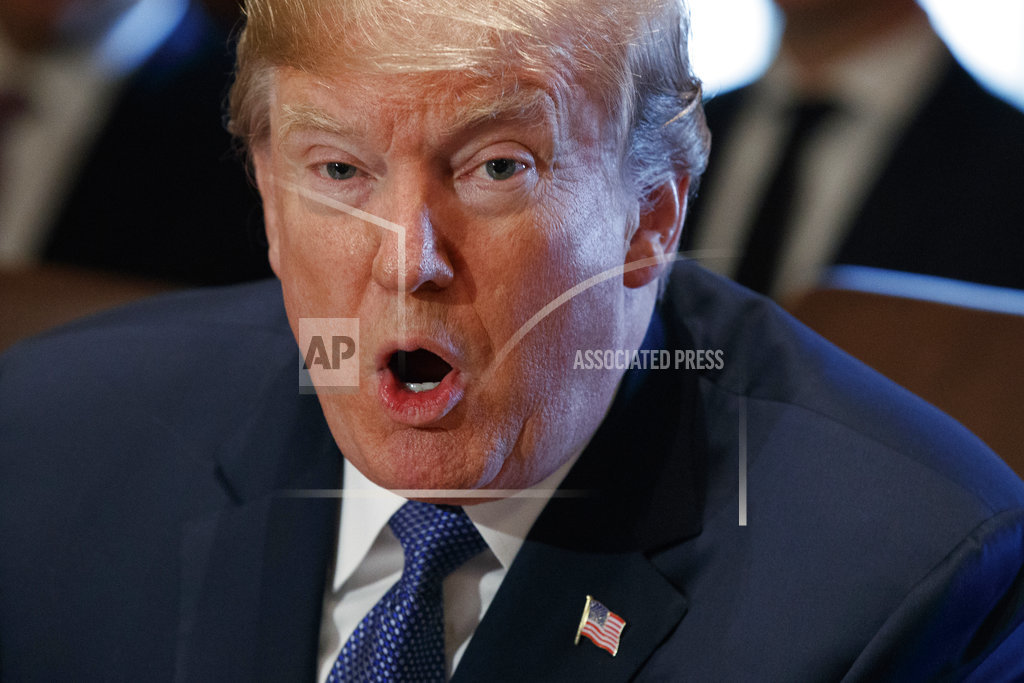 Calling the suspect an "animal," President Donald Trump on Wednesday urged tougher immigration measures based on "merit" after the deadly truck attack in New York City.

Trump noted during a Cabinet meeting that the driver in Tuesday's attack entered the country through the "Diversity Visa Lottery Program" and called on Congress to "immediately" begin working to eliminate the program, which applies to countries with low rates of immigration to the U.S. Trump added, "We have to get much tougher, much smarter, and less politically correct."

Schumer fired back from the Senate floor, accusing Trump of "politicizing" the tragedy.

Officials said the attacker is an immigrant from Uzbekistan who came to the United States legally in 2010.

Trump has backed legislation that would curb legal immigration and shift the nation toward a system that would place an emphasis on merit and skills over family ties.

The comments followed Trump's Tuesday night statement that he had ordered the Department of Homeland Security "to step up our already Extreme Vetting Program." Trump's policy entails more stringent investigative measures intended to identify would-be immigrants who may sympathize with extremists or pose a national security risk to the United States.

During the 2016 presidential campaign, Trump proposed a total ban on Muslim immigration to the U.S. before embracing "extreme vetting." Trump's efforts to block immigrants from several Muslim-majority countries have been tied up in federal courts.

The diversity visa program provides up to 50,000 visas annually by lottery. Applicants must have a high school diploma or meet work experience requirements. It was created as part of a bipartisan immigration bill introduced by the late Sen. Ted Kennedy, D-Mass., and signed into law by Republican President George H.W. Bush in 1990.

Schumer, a New York Democrat who was a member of the House of Representatives at the time, proposed a program for "diversity immigrants" in a bill he offered earlier that year.

Speaking on the Senate floor Wednesday, Schumer said he has "always believed that immigration is good for America." He also criticized Trump for "politicizing" the deadly attack, comparing his response to President George. W. Bush's after 9/11.

He said Trump actually had proposed cutting anti-terrorism funding in his most recent budget.

Sen. Jeff Flake, R-Ariz., said on Twitter that Trump was unfairly blaming Schumer for the diversity visa program. Flake, one of Trump's chief Republican foes in Congress, said Schumer was among a group of eight Republican and Democratic senators who proposed eliminating the program three years ago as part of a broader bipartisan bill to overhaul U.S. immigration laws.

Flake, who served on that "Gang of Eight" with Schumer, said: "I know. I was there."

The immigration bill ultimately failed in the GOP-led House after passing the Senate in June 2013, 68-32, with 14 Republicans joining Democrats.

Flake recently announced he's not running for re-election but says he won't be silent about Trump's politics and behavior.